Flowering of the Human Spirit 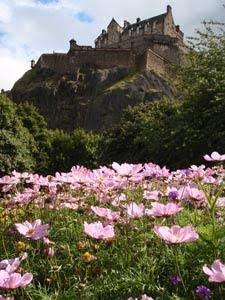 Created in 1947 after the chaos of World War II, the Edinburgh International Festival was created with the mission of providing 'a platform for the flowering of the human spirit' - to transforming lives with the power of the arts. It was the first of its kind and is one of the largest art festivals in the world.

And even larger than that is the Edinburgh Fringe Festival that has grown up around it - for artists who weren't and aren't invited to participate in the EIF. 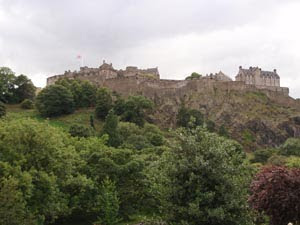 For three weeks, the city of Edinburgh is alive and deluged with arts - theatre, dance, operas, music, musicals, street performers, on stages, in homes, in the streets.

Together they form the biggest arts festival in the world, and that's why I'm here - The Gospel at Colonus has come to the EIF as one of the main acts! We're doing 4 shows at the Edinburgh Playhouse - the largest theatre in Scotland, with 3000 seats. 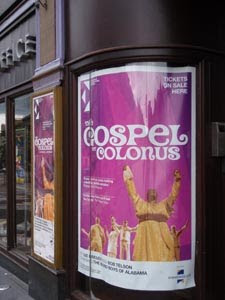 Posted by The Equestrian Vagabond at 12:45 AM