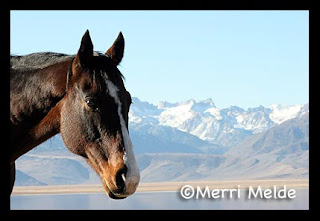 It seems like suddenly, he's gray, hairy, swaybacked, and old. Stormy, The Most Beautiful Horse On The Planet, turns 25 (!!!!!!) today.

For the first time, he didn't hold his weight over the winter; his belly sagged and his spine sharpened. He may have a touch of cushings disease, because he won't let go of his thick winter coat. Some of us think he might be getting a bit senile, though if you saw him heading for his grain bucket or the grass pasture, you might not think so.

Gray hairs have sprouted on his face - around his mouth, over his eyes, at his temples, places on his back and butt. 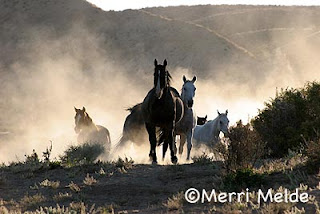 He still has a couple of short sprints left in him, though he's hardly ever in a hurry (except for his grain!). If the herd leaves him behind sprinting back down from the canyon, here comes Stormy a few minutes later, waddling down steadily, because he knows he'll eventually get here and his treats will still be waiting for him.

I can't believe I've had this lovely horse for so long. I got him as an 8-year-old in 1999 after his racing career (I was his groom at Emerald Downs). He joined me in California where I worked for the Forest Service on trails; he did some work leading pack horses in the mountains, and carrying wranglers on a dude ranch in the summers (he loved the girl wranglers best). In the winters he hung out with endurance horses - a couple of them somewhat famous - swapping racing tales with their endurance tales. 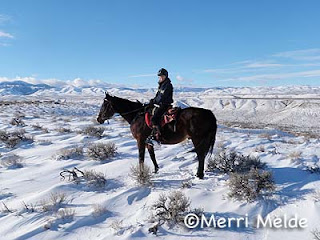 He later joined me here in Idaho, where he hangs out with more endurance horses. His only jobs now are eating and getting smooched on.

He may be an Oldie now, but he's a Golden Oldie. And no matter how hairy, how dirty, how scruffy he gets, he's still The Most Beautiful Horse On The Planet. 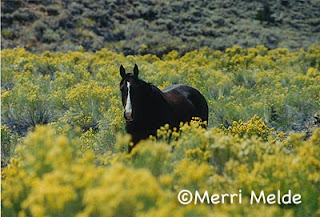 Posted by The Equestrian Vagabond at 3:19 PM 3 comments: