No Resting on Skinny Laurels 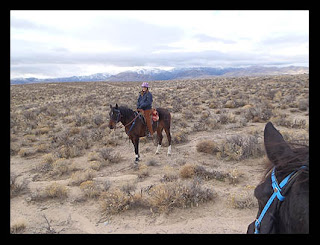 The endurance ride season around here is over till April, and Dudley has really truly trimmed down to normal horse size (!!!), but there's no resting on his skinny laurels. 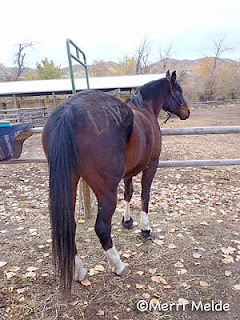 It's back to work for the Skinny Dude! 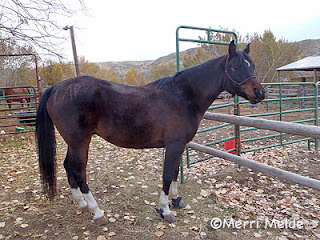 *I* was the one who tried to wimp out on riding this morning… 41* and blowing a tempest, with a nice crisp wind chill of 30*. Of course it's not the cold, but the wind that makes me whine. Dudley has no say in skipping a ride, but Carol could have nixed the idea, but she didn't get my whiney email in time. So, out we went.

Dudley doesn't do so great in the wind. Everything looks scarier, when bushes are whirling around and hiding Wind Monsters beneath them. Even August was a little jumpy on this cold and blustery day.

I was riding Mr Spookypants in the lead up the wash, and he was suspiciously eyeballing every dancing rabbit brush, starting at little brown birds, and he really jumped in fright when we startled a deer out of a nap.

I brought the camera, to prove we rode on this cold day, and that Skinny Dude is not on winter vacation! 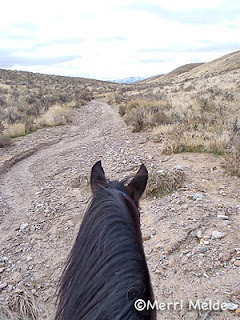 Posted by The Equestrian Vagabond at 8:34 AM 3 comments: 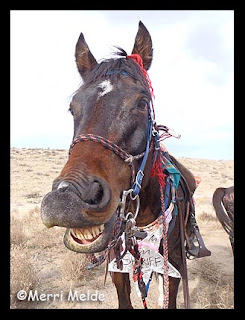 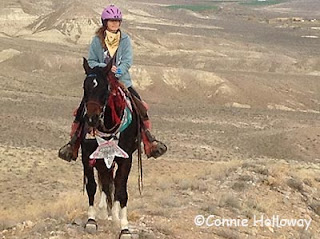 with his Assistant Deputy Cardinal (it's really The Raven!) 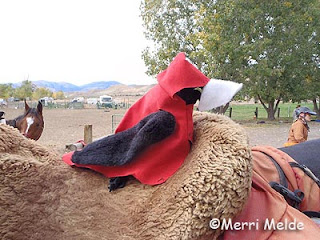 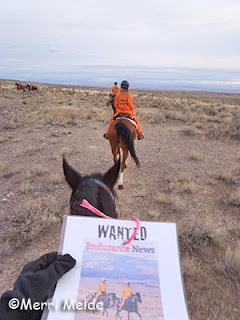 He apprehended and deposed two at the vet check. He followed the other two over hills,  down washes, across creeks and through old homesteads, 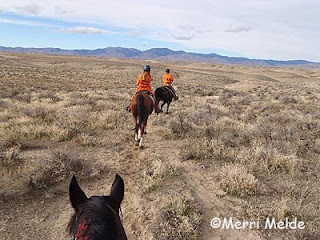 till they all ran out of gas after a 50 mile chase. 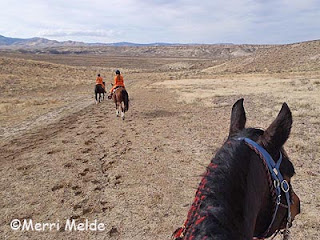 The Sheriff turned them in, had a good meal, 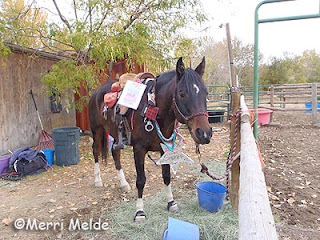 then hung up his badge on a job well done. 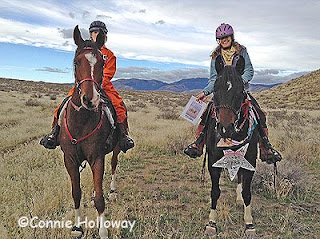 He's not The Sheriff anymore, but he's still Hot.

See more photos and a story from the last endurance ride of the 2015 season here:
http://www.endurance.net/international/USA/2015OwyheeHallowedWeenies/

Posted by The Equestrian Vagabond at 12:29 PM 2 comments: