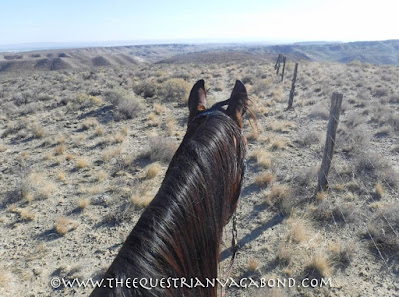 He'd had a solid 4 weeks off since his 50-mile ride at Old Selam, partially due to smoky skies, and shoulder doctor's orders (mine). The last week he'd been zipping and ripping and romping around the pastures here, sparring with his herd-mates and Sneaky Shark-attacking Disco.
So I figured Willie would be pretty raring to go on a training ride. I left him in charge (as long as he made the right decisions) as to which forks in the trails to take, and what gait he wanted to use.
I rode a fire breathing dragon! Trotting, cantering, pacing, blowing sparks and snorting smoke, and when we hit Frodo sand wash, he wanted to roar up it, way faster than I wanted him to or needed him to (plus he was feel-good spooky, and I didn't want to dismount involuntarily!)
But what's so good about Fire Breathing Hillbillie Willie Dragon is that while he is hot as a firecracker and powerful as a freight train, he doesn't pull! He snorts, he bows his head, he high-steps and powers up the trail on a light contact rein.
Makes me feel like the Khaleesi! 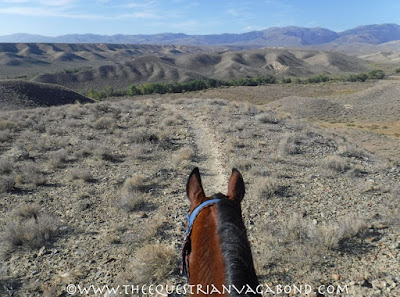