To My Forever Friends Sue and Kevin 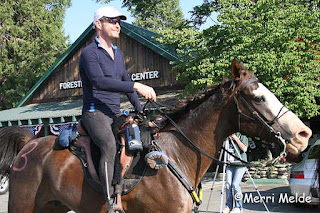 I hope you can still hear me.

The day you left this world, the bottom fell out of mine.

When you left, you sucked some of the oxygen out of the air.

You stole away some of the light and laughter in the world.

You each left a corner of my heart in shreds, one that will never quite heal.

Your light, your laughter, your hugs, your joy, all of it stolen from me, from all of us, too soon.

Nobody asked my opinion, but this is it: It was unfair and I wasn't ready.

I look forward to the day I can laugh about the memories, instead of cry about the sadness, when thinking of you.

I will always, always think of you both when I ride.

Farewell, my dear friends. See you again on the other side. Until then, happy trails on good horses. 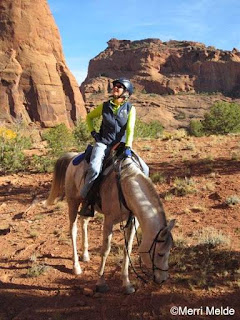 Posted by The Equestrian Vagabond at 3:46 PM 5 comments: 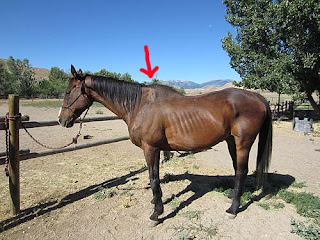 Already, Stormy carries the "Thumbprint of the Prophet". 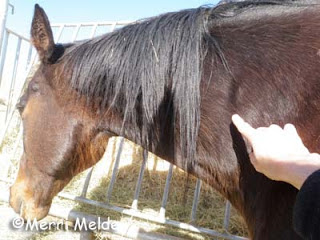 But now he must be doubly prophet-blessed, because in just the last month he suddenly showed up with the "bleached bloody shoulder." 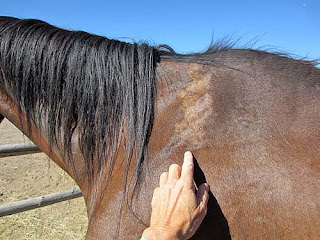 One of many versions of the legend of the bloody-shouldered Arabian mare is:
a powerful shaikh rode his beautiful milk-white, pregnant Arabian mare into battle. He performed with great honor but was wounded badly. After the battle, as his mare carefully carried him home, blood from his wounds dripped down the mare's shoulder. By the time the mare found her way back to camp, the shaikh had died. That night, the mare foaled, and her colt was born with the bloody stain down his shoulder.

Legend has it that the dead shaikh arranged with the gods that his mare’s dedication would be commended so that forever after, any descendant of hers who was possessed of outstanding courage or ability would bear the blood stains as a mark of honor.

Obviously, Stormy has been visited and blessed by the prophet, again, like overnight. I mean - what else could it be? (Never mind he's not Arabian and he's not white, and the 'bloody shoulder' is usually chestnut colored on a white body.)

Or, it's ever so possible that Jose, the Owyhee Social Director, was experimenting with bleach and vinegar and baking soda to make an Owyhee volcano for one of his outdoor geology classes, and he spilled some of the liquid magma on Stormy's shoulder, which bleached it out.

But either way, it must be another super well-deserved blessing for Stormy!

Posted by The Equestrian Vagabond at 1:08 PM 2 comments: