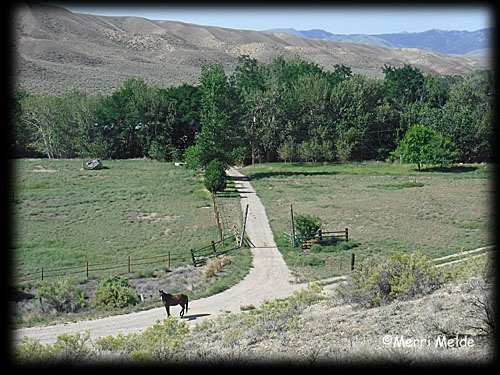 Fed Ex man came to deliver something the other day, and he was concerned about the horse standing out in the driveway/road out front. “I’m worried he might run off.”

Not the slightest chance of that happening. That’s just my Golden Oldie Stormy, 29, (a.k.a. Old Farticus) who just hangs out up there occasionally. He and old man Krusty (R.I.P.) used to wander out there and eat grass, stand in the road and doze, just hang out together.

Now that Stormy’s old and doesn’t have enough teeth to eat hay, he gets full range of the place, wandering wherever he wants to eat grass (and he gets yummy mashes twice a day). He doesn’t care anymore if the herd leaves him; he just wants to eat and doze. Sometimes he’s on the grass on the pasture; sometimes he wanders out front and mows the grass; sometimes he hangs out in the road snoozing, the equivalent of an old man falling asleep in his lazyboy taking an afternoon nap. Maybe he dreams of the days he and Krusty, the two old patriarchs, hung out there together.

Sometimes you have to drive around Stormy because he won’t move out of your way, but there’s no danger he’s going to run off anywhere. Except back to the house if he hears me open the door to the feed room on the other side of the creek, because while he has Selective Hearing, he’s got ears sharper than a spy for the sound of that squeaky door, which brings him running!

Just in case, though, I got this sign made for him. 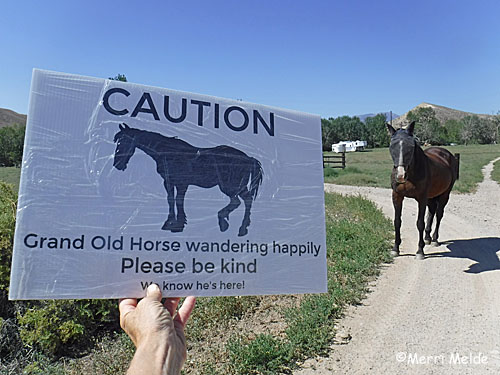 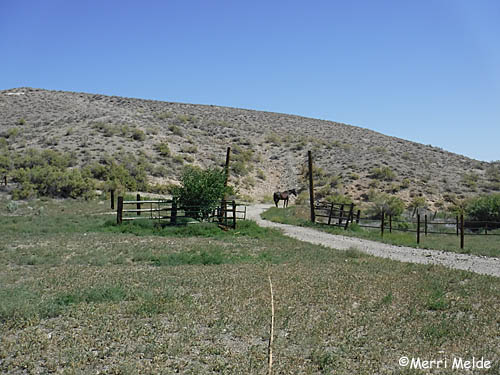 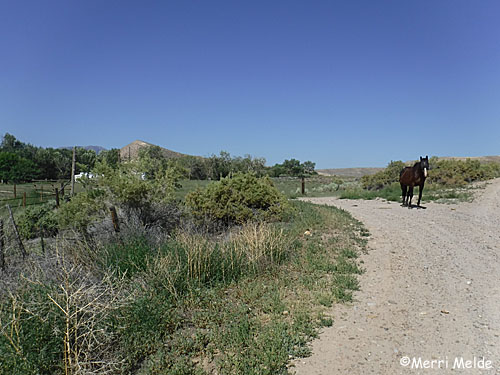 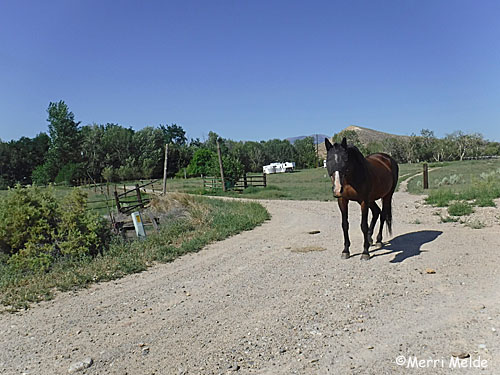 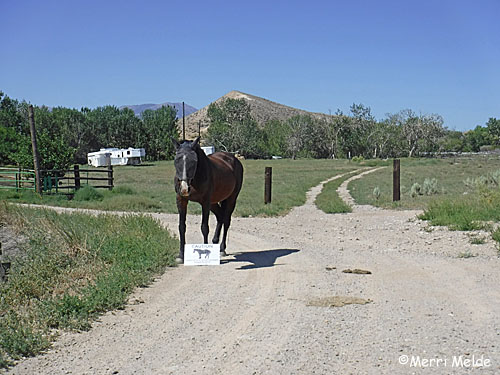 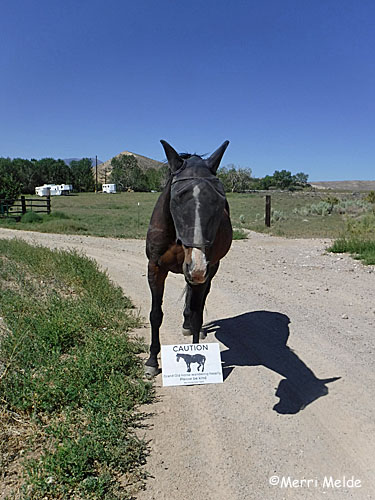