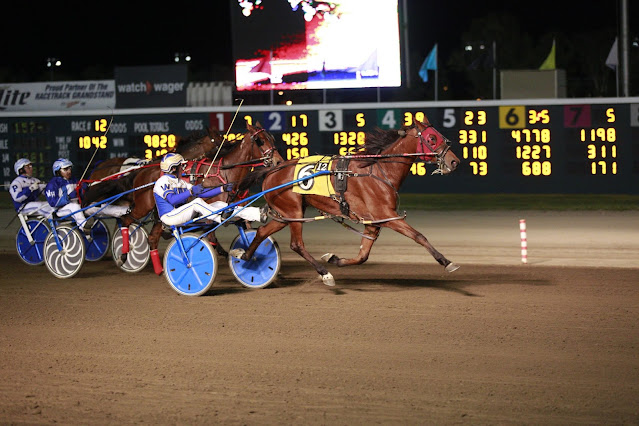 Robin Schadt tracked down these win pix of my Standardbred Hillbillie Willie on the track, courtesy Crystal View Photos, from his previous racing life.

Willie’s race record is 2 wins from 21 starts as a 2-year-old (2 starts) and a 3-year-old, at Running Aces in Minnesota and CalExpo in California. At 3, starting January 4th, he raced almost every weekend through July 19. (!!!!!!!!!) (At which time he possibly strained a hind suspensory or tendon, as that was his last race.)

You can see he was a pacer on the track, but lucky for me, he defaults to a trot on the Endurance trail. He loves his second career as an Endurance horse, and he really loves being outside here in the West, zipping along trails and stopping to watch wildlife.

These are the pix from his 2 wins. I love getting a glimpse of him in his former life. Look at him fly! 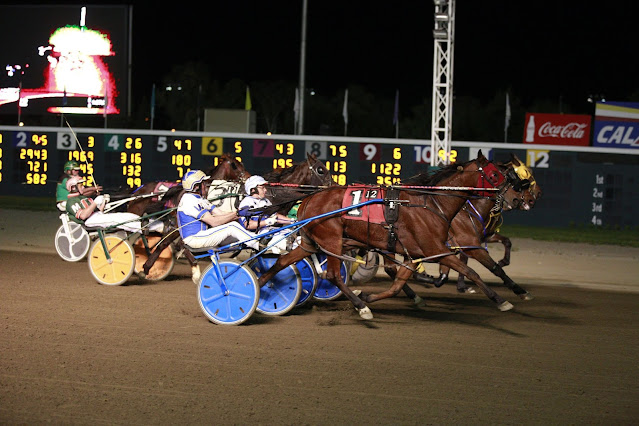 top photo - he won his first start as a 2yo

Posted by The Equestrian Vagabond at 4:49 PM No comments: December 3 2021
After a sunny winter ride, Willie and I dropped in on Linda and her Menagerie for a friendly visit.
Our last visit was more of a training visit, and Willie was on alert.
This time, he was much more relaxed, hanging out with his friend dogs and pigs and horses and mini-donkey and mule, and way more interested in the pigs, Porker and Pig.

Linda has trained Porker to sit for a treat. She says, "Sit," and Porker sits and opens wide for Linda to insert a treat (watch out for those porker chompers!) 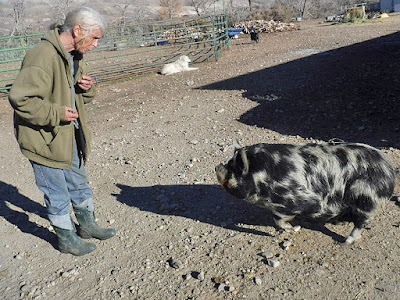 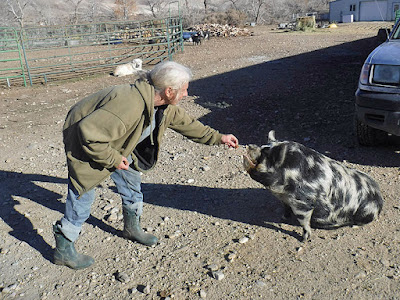 Willie was fascinated with the beasts and the spectacle. 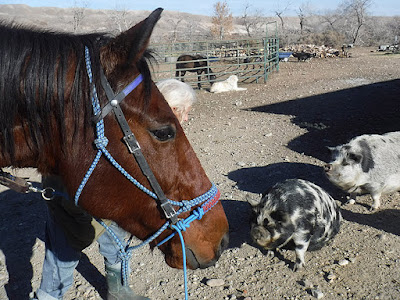 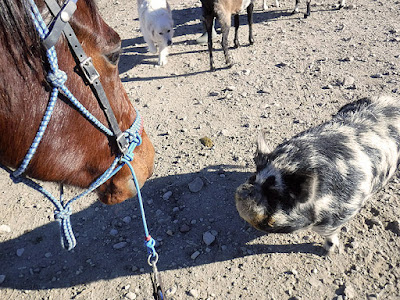 He got a treat from Linda too, because he's so handsome, 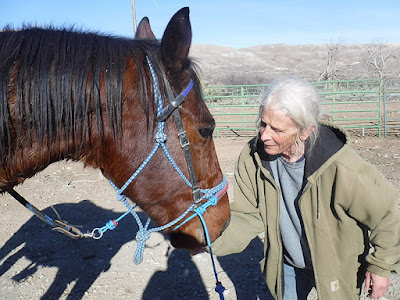 but ooooh those pigs are intriguing! 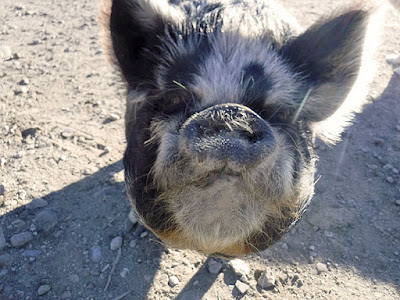 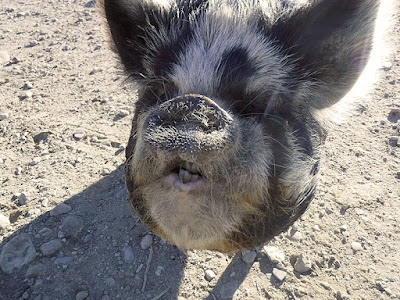 How could you not love this face!