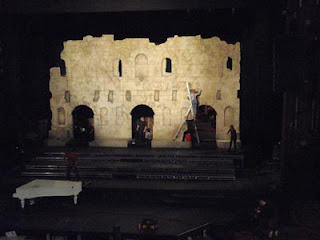 A busy schedule in the world's biggest music festival means fast turnovers in a theatre such as the 3056 seat Edinburgh Playhouse. One show ends on a Tuesday night, is struck on Wednesday until everything is gone and an empty stage is left, and load in for the next show - the Gospel at Colonus - starts Thursday at 9 AM.

Throughout the 14-hour day, an empty stage grows into an ancient Roman amphitheatre. The pre-built wall designed by Alison is pieced together and raised, 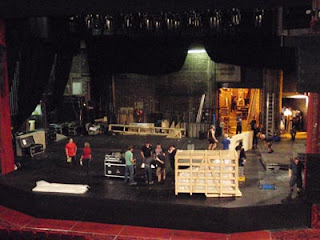 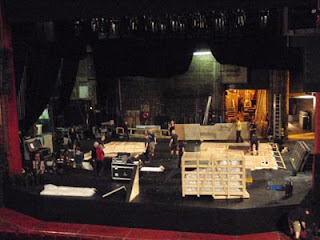 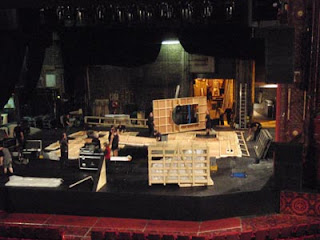 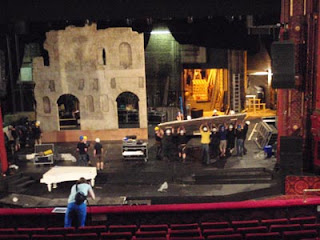 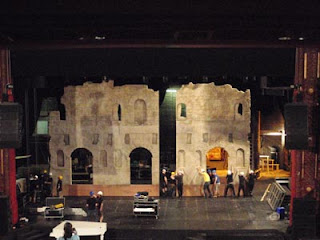 the risers are built, the floors are painted, and the wall touched up with accents.

The lights are hung and focus begins according to the lighting designer Jason's plot. 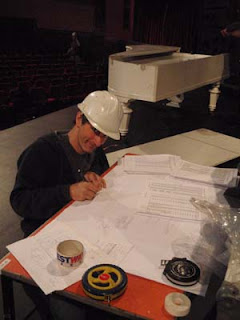 The costumes are unpacked by Jesse. 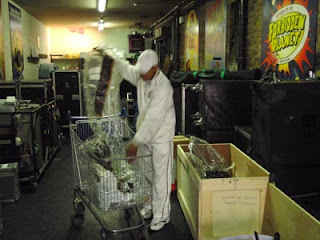 The sound equipment is set up by Ron the designer and Pete the house sound guy - on stage (wireless microphone receivers, monitors, speakers, band gear, amps, cables) and in the house where I'll be mixing (mixing boards). 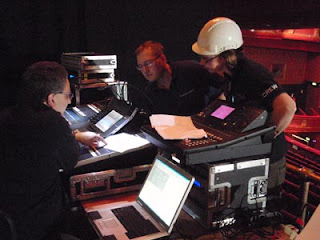 And in a rehearsal space, the actors are working through the show, 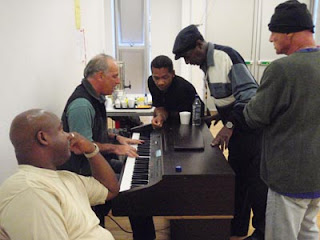 honing the art that will bring magic to life to the ancient Roman theatre.

Posted by The Equestrian Vagabond at 4:43 PM