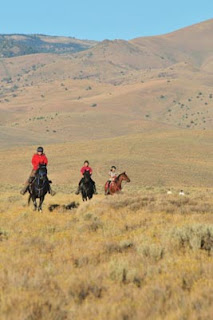 It's less than 5 days (!!) till the Owyhee Fandango 100. Time to meet the Fab Team's Fleet Four-legged Fancy Frolicking Steeds. 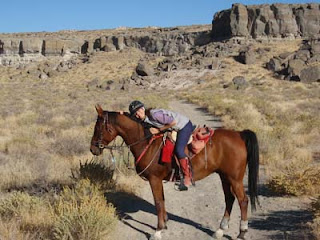 Most of you already know my thoughts and feelings about Jose, The Best Horse Ever. Jose is a highly intelligent being. He notices things. I am positive he appreciates the scenery around him. He looks at things, studies them, ruminates about them. Around the house, up the canyon, out on the trail, he discerns things before I do, and he communicates with me. He'll tell me to come open a gate. He'll tell me right where a tick is biting him (like underneath, in the fold of skin by his sheath, or in an armpit). He'll spy a speck of a coyote far in the distance. I swear that when he stops on top of hills on a ride and studies his surroundings, his GPS synapses are firing in his brain, connecting the dots on a complex mental map.

I talk to him a lot, explain things, because he just might understand everything I say.

Jose's much more competitive than I am on a ride, but he's very controllable. Last year Jose and I did 720 miles together, and that earned my first AERC vest, ever, for 2nd place in the Northwest featherweight division in mileage.

Last year Jose did his first 5-day ride in a row at the Owyhee Canyonlands. This will be his first 100 miler. If he finishes, he'll hit 2000 miles.

Jose's owned by Steph, but he's my Heart Horse. I didn't plan it that way… it just happened. : ) 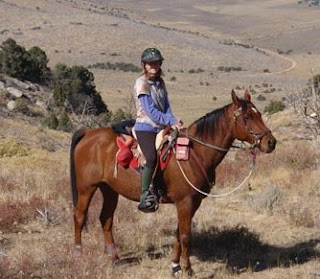 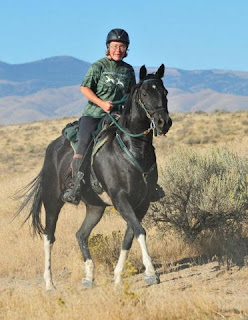 Point him down the trail, and he's gone, like he's got turbo rockets in those feet! Carol owned this horse once previously, then she sold him. It was a heartbreaker for her, not to mention we almost beat her senseless because she loved that horse. That's her business, buying and selling horses, so she was just doing her job. But, by a twist of fate last year, she came to own him again. They took about a year to really get to know each other again, and now Carol really loves him. August has become a monster on the trail on the five 50-mile rides they've done together over the last year.

Carol hasn't come close to finding his bottom yet. The Fandango will be his first 100 miler. Carol will hit 6000 miles herself if they complete.

And this time we will totally for sure beat her senseless if she ever tries to sell this horse again. 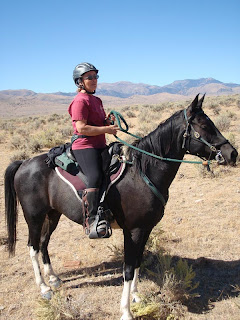 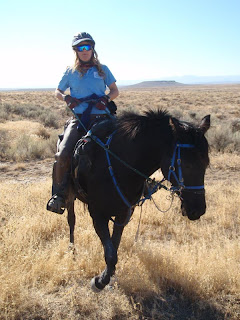 Finneas, grandson of the Black Stallion, is not short on self-confidence or ego. He has opinions about EVERYTHING, how fast to go, which way to go, who should be in front on trail (him), where the other horses should go (behind him), when to eat (all the time, unless he's trying to get ahead of somebody on trail). When I told Finneas he'd better shape up because he's doing a 100, said, "I'm going to win! I'm the Grandson of the Black Stallion!! What's a 100?"

He's an easy keeper, so, much to his chagrin, he's had to go on a diet before the Fandango - locked up and fed small rations of hay so he'll lose some weight. He hates diets. He screams like a girl when he sees me coming in the morning with his breakfast hay. 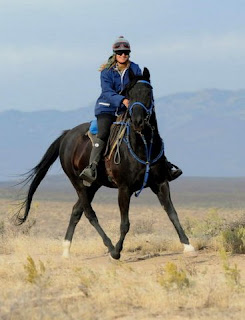 Stay tuned for the Crick Girls' 100-mile adventure in the Owyhee Fandango 100 on Sunday May 27!

Click the link for a video of Jose's next-to-last training ride for the 100.
http://www.youtube.com/watch?v=DUMSb3W0fC4