Welcome to the Club 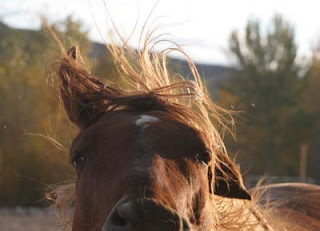 I didn't realize it at first, but after I fell off Kazam and busted my rib, I became a member of an elite group. Tim Floyd let me in on the secret at the Owyhee Canyonlands ride when I told him why I wasn't riding. "Oh! Welcome to the Broken Rib Club!"

I'm sure lots of people break ribs, but a LOT of endurance riders are members of the Broken Rib club. I can't count how many times, just during the week of the Canyonlands ride, I heard, "Oh, (roll of eyes) been there done that, don't want to do it again!" "I broke 4 ribs!" "I broke 2." "I broke 3 ribs and punctured a lung!" (Note: the Punctured Lung Club is an E-LITE club, one I don't aspire to.)

So you can see why, instead of going to the doctor, I consulted my numerous endurance friends who have dealt with broken ribs, for advice. (Karen B said, "Gee, I don't know whether to be "honored" about being a broken rib consultant or not!")

Best most optimistic scenario for being able to ride again as usual without causing more damage (if I don't go out and fall off and re-break it - or go out and do a dumb thing again like ride an ATV on a bumpy road) is 6 weeks.

Which would just about fit the 2-day Hallowed Weenies endurance ride just down the road at the end of October right neatly into my schedule. That's almost 6 weeks. It's been a very difficult 29 days so far, turning down rides, watching people ride off and have fun without me. That's about as bad as the pain itself. (I can feel sorry for myself so very well, don't you think?)

But meanwhile, through the peevishness of sitting on the sidelines, I've rested enough so that the acute pain has gone away. Now it's more like a butter knife against my insides at certain times instead of a Buck Knife all the time, and I don't have trouble sitting up. It's mostly just twisting now that gives me the most problems. I'm always mentally calculating and measuring everything against, "Well if I'm riding and a horse stumbles, or spooks, how will it feel?" The answer now is, Not too bad.

And so my rehab has started. Besides warm water therapy, massage and herbal liniment, now I've added sit ups, and today, hiking. I went on an hour hike (with one little hill), the most I've done since I broke the rib. My lung hardly felt anything from heavy breathing.

Actually I will probably cheat a bit early, get on Stormy for a little ride on Sunday (special day, his half-year birthday more or less), so that's almost 5 weeks. That should be good enough, shouldn't it? I should be fine, as long as I don't fall off again (unlikely with Stormy).

You don't get extra credit or a promotion in the Broken Rib Club if you rebreak your rib or add some new ones. And Lord knows you people don't want to hear any more weeks of whining from me, so I'll be careful. 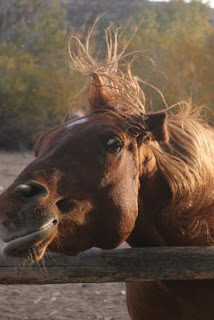 Posted by The Equestrian Vagabond at 8:26 AM