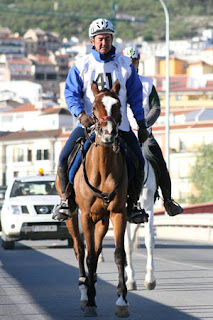 Hard to believe it's almost over!

The start for today was in the middle of a town, Loja, along a main road - cars stopped by a police escort - over a highway, and finally out of town onto trails. 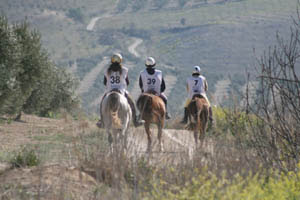 Today's route was fairly flat, much of it along the Genil River, on a few dirt roads, but challenging with a good amount of asphalto roads, and a great amount of rocky roads. 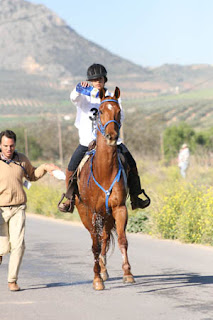 The horses went past wheat fields, chopos - black-poplar trees with a silver bark and golden leaves, 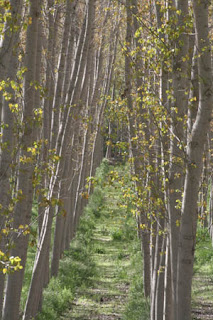 orchards, and asparagus fields. People were working in the asparagus fields, picking it from the ground and stacking it in enticing little teepees every few yards. It was a pleasant 21*C in the shade, and climbing to near 26*C in the sun, if you had no breeze.

The horses did have a little altitude to gain into some hills of olive orchards and golden flowers. We had a great view down onto the horses as they were little specks at the bottom. 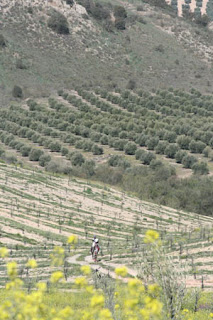 Lunch was in the middle of a large village, Lachar, 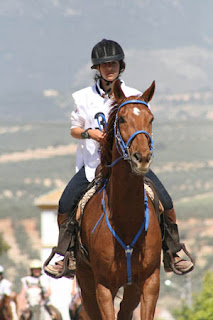 and from there it was a short 22 km fase to the finish in Granada, mostly along a canal framed by the chopos plantations, and over most of the baches, potholes, in Andalucia. The still-snowy Sierra Nevada mountains 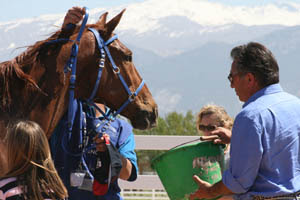 were the backdrop for the city 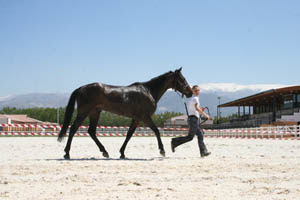 that was last major Muslim stronghold until 1492 when it was conquered by the Christians. A lasting legacy of the Moorish reign in Iberia is the Alhambra palace and gardens, and the white-washed houses and the narrow winding streets of the Albaicín quarter. We of course wouldn't have time to visit, but it's always a goal for next time.

More stories and photos at www.endurance.net/merri 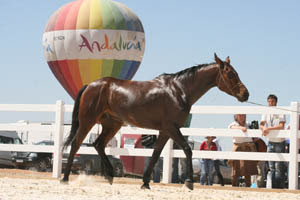 Posted by The Equestrian Vagabond at 10:05 AM