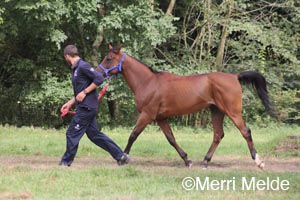 A few photos from vet in day at the World Endurance Championship at Euston Park in Great Britain. 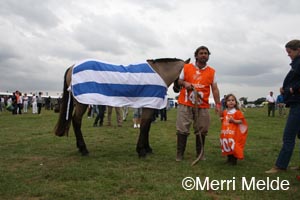 Trotting out for the vets. 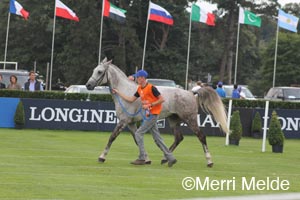 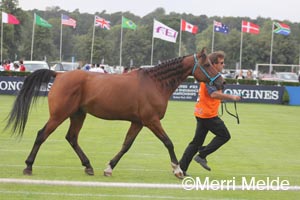 A friend Miguel, riding for Argentina 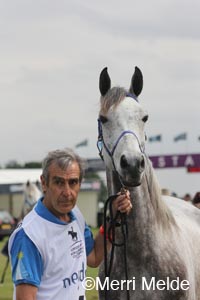 The incomparable Nobby! of Spain. That's Jaume with him, Maria Alvarez' husband. Jaume will be riding also (on another horse). That's Nobby up top, too, trotting out for the Spanish coach and vet. 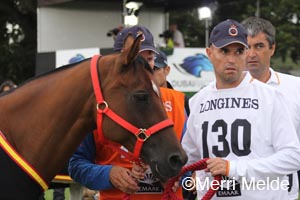 USA's Heather Reynolds (right) and her sister. Heather will be riding Riverwatch. 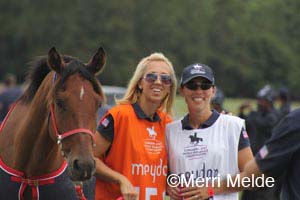 Sad news for the US team: early on Friday, it was decided that Becky Hart and No Repeat would not participate, and instead, alternate Meg Sleeper and Syrocco Reveille would in her place. At the afternoon vet in, Nicki Meuten's Not Tonight did not pass the vet check because of lameness. Due to FEI rules, it was too late for Becky and Pete to try and vet in. So the US goes with 5 riders instead of six.

It looks to rain at times tomorrow and rain hard... should make the course tough. Will be an interesting ride, with over 150 horses starting, to say the least!

Lots more pictures, and you can follow the race more or less live by tweets here:
http://www.endurance.net/international/GreatBritain/2012WEC/
Posted by The Equestrian Vagabond at 1:53 PM