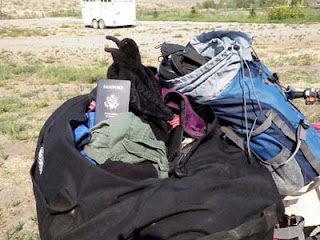 Tomorrow we are off to England for the World Endurance Championship (you'll be able to follow tweets, live updates, photos and stories at the link at the bottom if you are so inclined, and Steph made a cool video of a preview of the course!)

It should be a fascinating race, with returning double World and European champions Maria Alvarez and Nobby of Spain returning, and facing 153 other riders from 38 countries (at last check), including the Prime Minister of the UAE Shaikh Mohammed and his 3 sons (who seem to win every ride they enter, unless a horse is pulled at a vet gate), and Steph's friend, the King of Malaysia. (Actually, he's back to being a Sultan now, but he is Steph's friend : ).

We get back from England next week at midnight drive straight to Arizona meet John climb on our horses for the 5-day Grand Canyon ride then I head to Durango to shoot possibly the most beautiful endurance ride in the world the inaugural Purgatory 60 then come back here and help Steph get ready for the 5-day Canyonlands ride which is 2 weeks later then I can breathe. (Or… perhaps we'll just collapse after England?)

This evening, before we leave, a few words come to mind:
frantic
last minute packing
Everything but the kitchen sink
what have I forgotten

Good thing The Raven is around to supervise everything!

http://www.endurance.net/international/GreatBritain/2012WEC/ is the link to the ride, which is on Saturday, August 25, England time.

(and - top picture is only a fraction of the packed gear…)
Posted by The Equestrian Vagabond at 5:41 PM