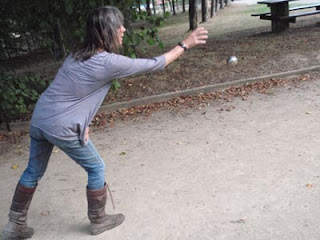 This is what you might do in a village in France, while you are waiting to pick Richard up from a horse ride.

Stroll past the old church. 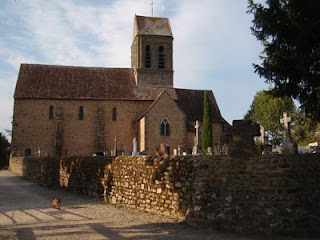 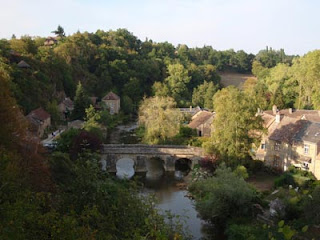 Play Boules, a game that developed around Lyon during the 18th century.

Nearly every little village has a boule court in their park. 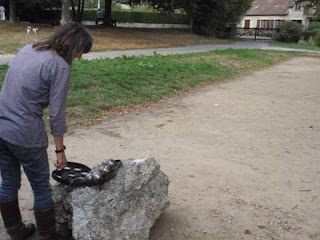 Many French and Italian people take this sport very seriously. We don't, perhaps, seeing as our silver balls are a bit cobwebby and rusty. 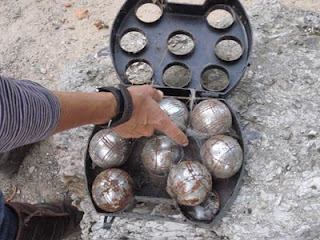 The object is to get your silver balls closest to the 'jack', a wooden ball. (In our case, the 'jack' is a carefully selected rock). There is strategy involved - the first of which is being able to accurately throw a ball, and trying to knock your opponent's ball out of the way, or the jack.

Which silver ball is closer to the jack - mine or Nicky's? 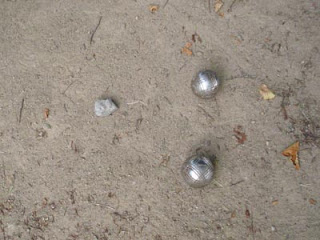 I of course can't hit the side of a barn if I try (and I will hit it if I don't try), but I can see how the game can be fun and addicting. 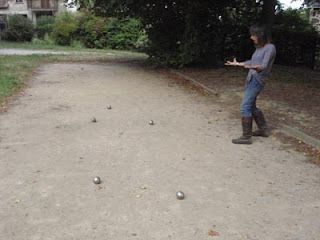 Posted by The Equestrian Vagabond at 2:04 AM