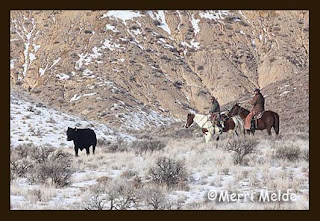 Every winter, we get a stray bull or two who wanders on down our canyon and either gets stuck, or decides he likes it with us, rather than heading on down onto his own ranch. I don't mess with bulls anymore. I leave them to the cowboys.

And anyway, just by watching this bull, I could tell I didn't want to be anywhere close to him. I perched my binoculars on a fence post and stared at him for 15 minutes until he turned his head just right (he never took his eyes off me) so I could just read his ear tags/numbers. Then we called the right cowboys to come get their bull.

Here's a short photo narrative of the adventure. 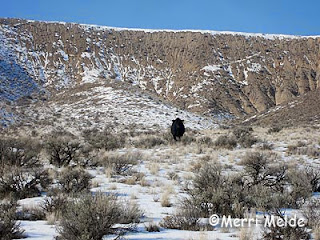 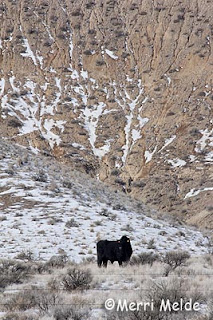 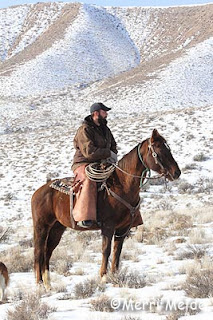 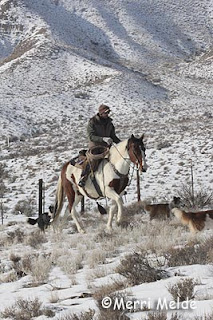 The Jig is Up Bull 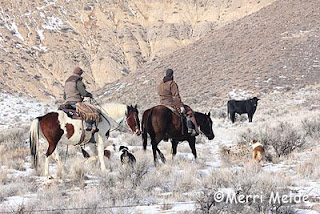 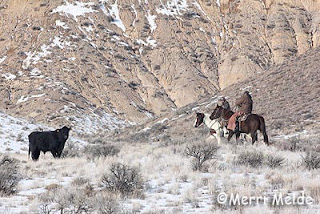 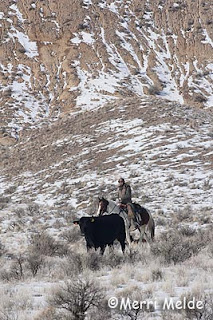 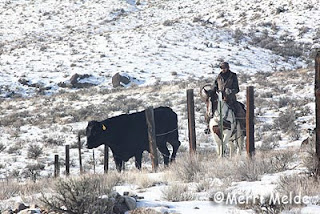 Bull with Other Ideas 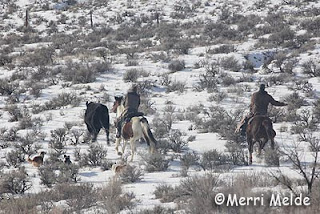 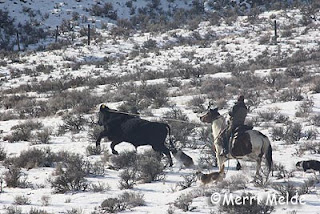 Pissed Off Bull and Cowdogs 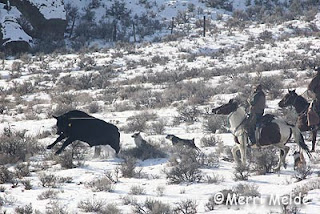 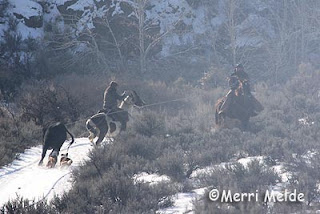 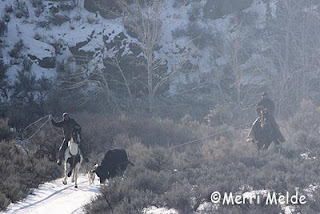 They rather easily caught this one - compared to another one I watched - though it was more Luck than Easy that got him in the trailer without too much of a fight.


Posted by The Equestrian Vagabond at 8:20 AM