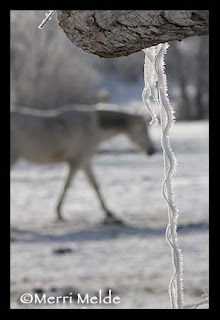 The word Hoar, says Wikipedia, "comes from an Old English adjective for showing signs of old age, and is used in this context in reference to the frost which makes trees and bushes look like white hair." 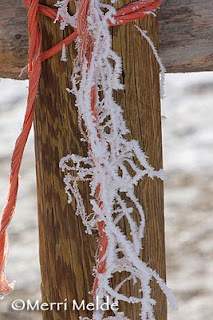 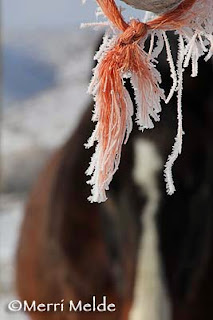 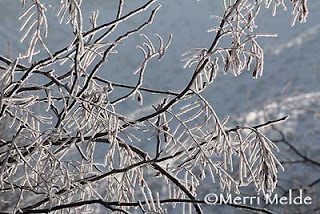 Posted by The Equestrian Vagabond at 7:25 AM