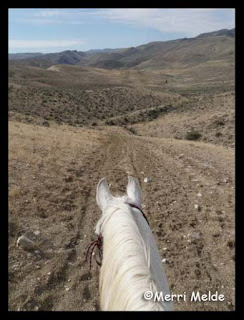 There's a whiff of ore in the air up this Owyhee canyon: gold, silver. There's a hint of wildness: rugged mountains, wild animals - cougars and bighorn sheep, hunters and prey. There's the taint of scandal: death, sex, foul play.

In the early 1900's, a man named Walken discovered a mine up this gulch. He recruited a partner, Finken. When the mine was half excavated, a dispute erupted over distribution of the loot. Finken died in an explosion inside the mine. Foul play was suspected. Walken later married Finken's wife. Walken later drowned at a time when Finken's father was in the area. Foul play was again suspected. 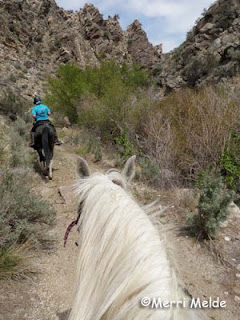 Back then, the mine may have produced today's equivalent of nearly $3 million in gold and possibly over $1 million in silver. The amounts are disputed, of course, as are the details of the legend. 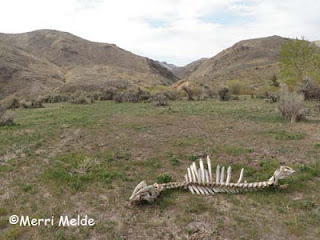 Our way into the canyon is guarded by a cow carcass, perhaps a warning for those who trespass lightly. 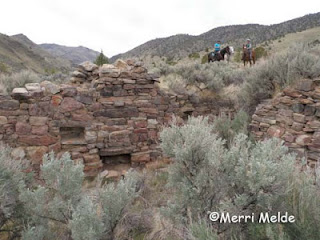 A well-constructed old dug-out remains up the canyon, remnants of early homesteaders, or perhaps rich miners. 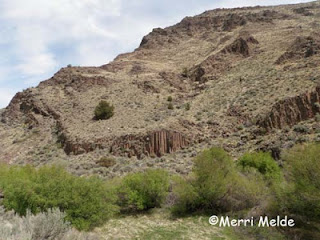 The castle-like walls of this canyon keep the secrets beneath. 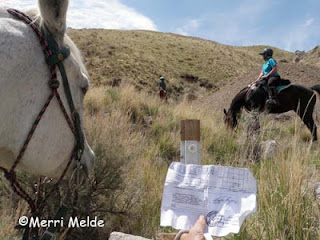 We come upon the re-claimed mining claim. The mine may still hold secrets: traces of gold, silver, a body. Way out here in the Owyhees, far from watchful eyes, we could jump the claim; but claim jumpin' called for hangin' in the old days, or an old-fashioned shootin'.

We decide to let the ghosts of dead men lie in their mine and river tombs, and leave behind the gold and silver for those more bold than we are. 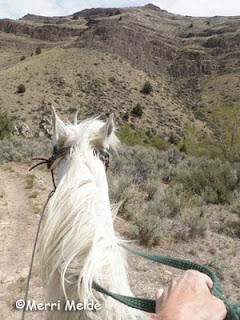 Posted by The Equestrian Vagabond at 8:57 PM