Too Big to Hug 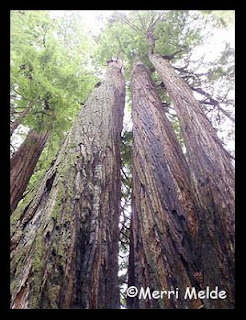 So believe the Yurok Native Americans, whose ancestors inhabited the redwood forests for thousands of years before the white man chased them out and started cutting the trees.

I believe it too, now that I have stood beneath and between and inside the giant redwoods.

Yurok traditional family homes and sweathouses and canoes were made from fallen keehl (redwoods). The Yurok lived among, used, and respected the trees, which stood as guardians over their sacred places. 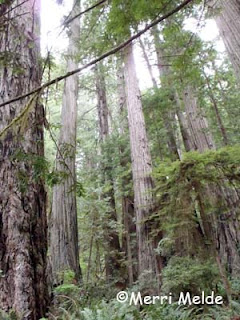 How utterly devastating it must have been for the Yurok to be chased from their land, to die, and to watch their sacred trees and sites gutted by logging.

It's unfathomable that these monster trees were once seeds that I could have held in my palm, over a thousand years ago. They can grow over 350 feet tall and can live to over 2000 years. The tallest tree, named 'Hyperion', lying somewhere within Redwood National Park in California, measures 379.3 feet though its exact location is somewhat secret to protect it. Some redwoods are such monsters that side branches a hundred feet up are the size of a subway car, and 'trees' such as would make an Owyhee forest blush grow straight upward out of those branches another hundred feet. 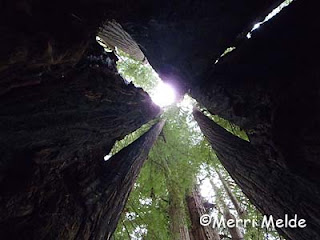 It's also incomprehensible that by the 1960's, nearly 90% of all the original 2 million acres of old growth redwood forests had been logged. As early as 1918, astute conservationists (white men of course - never mind the banished Native Americans who already knew this) saw the necessity of saving redwoods for future generations. They formed the Save the Redwoods League (still active) which was instrumental in the start of saving tens of thousands of acres of the old growth redwood forests from destruction.

Of the old growth forests and the giant trees that remain as a living part of the earth, the Spirit Beings are still there. The sacrosanct power of these giants of the forest can bring you to your knees in wonder and worship.

I know it, now that I have I have fallen to my knees at their roots.

Can the trees feel me, a minuscule spec at their base, my arms spread wide, hugging just a tiny piece of them, grasping for a connection with their thousand-year-old inner souls? 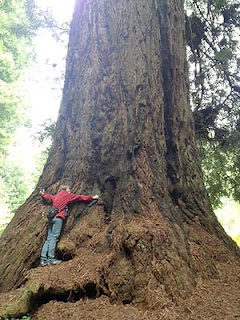 I know they know I am there. I know they feel my veneration and awe, and I am grateful.


Long ago they started to cut this redwood. Something stopped them. It still stands, now a thousand years old. 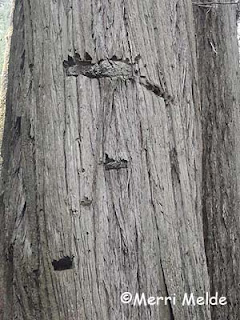 Artistic knots and burls near the base of this redwood 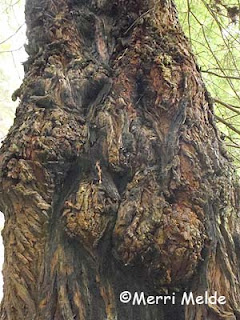 Artistic bark on this fallen redwood 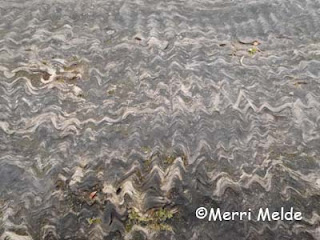 Embraced by a cathedral of redwoods 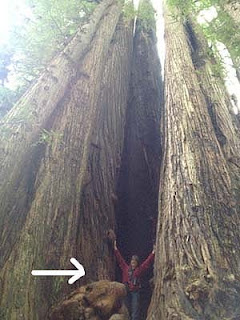 A composite still doesn't capture the entirety of the redwoods

Posted by The Equestrian Vagabond at 9:25 AM