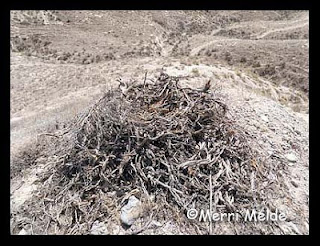 It's been a dismal year for local Ravens and raptors in the reproduction department.

This hawk nest sitting atop a Snake River Birds of Prey 'badlands' hill is typical of our area this year. It's a fine nest (though one wonders how a hawk can defend such a nest against, say, a coyote) with a fine view - fine scenery and a fine sweeping view of prey: there ain't any. 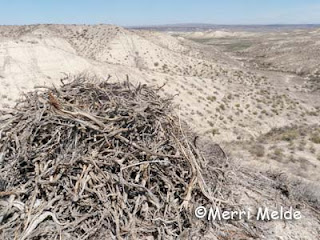 Four great horned owl territories and 2 red-tailed hawk territories on our 2 creek are empty this year - the birds didn't even try. (The great horned owls choose their nests first, the red-tails have second choice, and the Ravens get to choose last from what's left.)

Fortunately the golden eagles down the creek successfully hatched at least one young, the top of whose fuzzy white head I saw a few days ago.

My theory is there are plenty of jackrabbits around - the main prey of golden eagles, but our cold winter with the week-long -8°F nights and months below freezing froze the little varmints - mice and voles - that nest in burrows just under the ground and that the hawks and owls normally eat. Then again, it's already been so dry, and nothing is growing, that maybe the varmints had nothing to eat themselves.

Two pairs of Ravens tried nesting this year. Both failed. Under the nest up one creek I found the remains of a Raven shell. 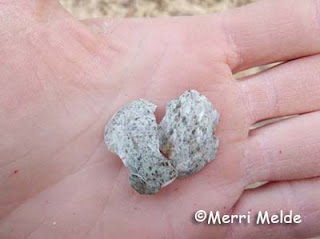 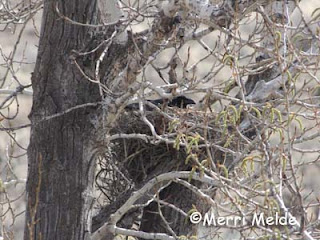 The nest up the other creek - on which a Raven was hunkered down quietly just last week - is empty now. There should be enough Raven food around - Ravens eat just about anything - so why they failed in nesting also, other than egg predation, is a mystery. 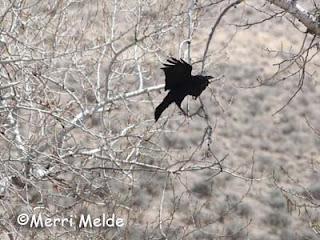 Posted by The Equestrian Vagabond at 4:01 PM