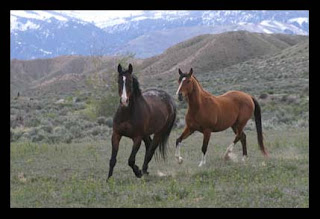 What started out as a babysitting gig for Stormy has turned into a Best Friends Forever alliance.

When Tex first arrived, we put him in a pen with Stormy so he could have a companion while he got to know the other horses over the fence. Stormy - always low man on the totem pole - enjoyed being able to boss the new little guy around. He pinned his ears and drove Tex away from the food, from me, from his friends over the fence. Stormy let Tex eat... but only if he was on the correct side of the hay feeder. Stormy let him stand close... until he decided to drive him out of his space.

When we turned all the horses out together (the Owyhee bunch, the 2 Hoodlums, Krusty, the Arizona herd, and Stormy and Tex), Tex stuck to Stormy's side, no matter what the other horses did.

And once Tex got brave enough to cross the creek, he pretty much since stayed by Stormy's side. He follows his pal everywhere.

When Stormy goes off on a ride or goes out to mow the lawn, Tex will stand and wait at the gate, or he'll pace the fence until Stormy gets back. Stormy doesn't get upset if he's separated from Tex, but he enjoys having his sidekick follow him around. He thinks it's pretty cool being the Big Brother (who gets pushed around by his Little Bro). 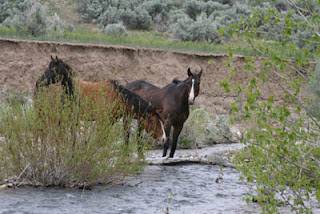 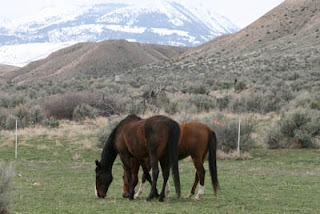 They argue together (but only briefly). 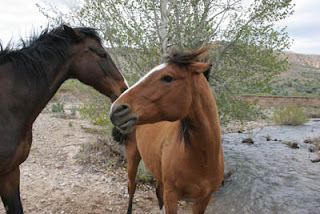 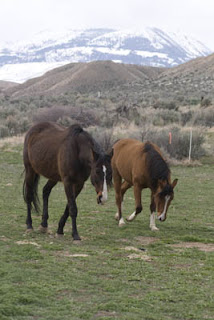 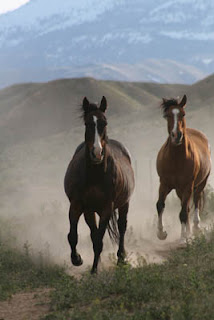 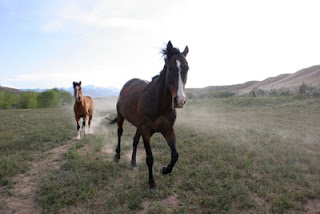 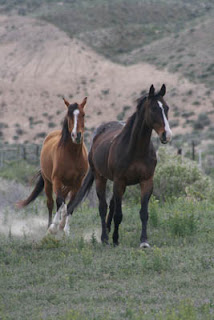 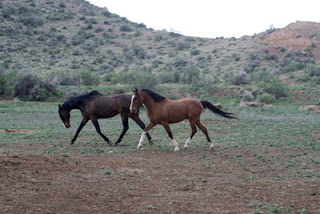 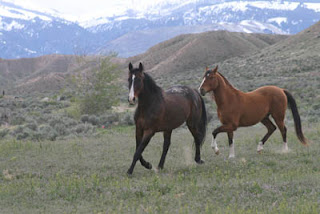 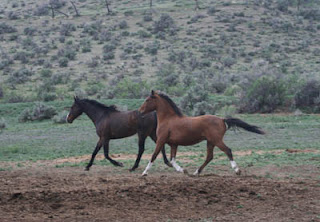 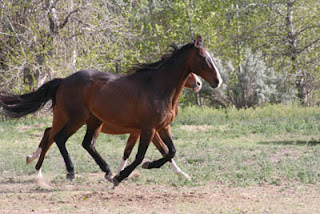 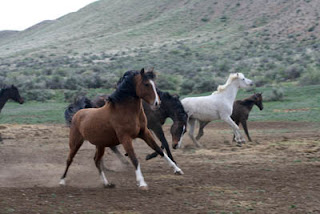 They are Best Friends Forever. 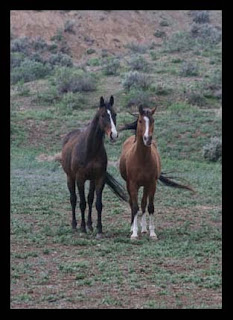 Posted by The Equestrian Vagabond at 9:45 PM