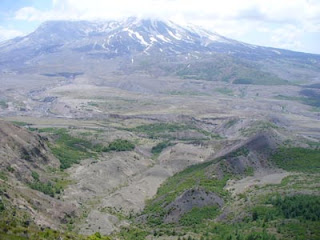 Put your reins down a moment and consider the awesome destructive power of Nature - and the awesome force of renewal - which is never more evident than when driving up the Toutle River valley in the Cascade mountain range in southwest Washington to Loo-wit Lat-kla: Mount St Helens. Along the Toutle drainage to the northwest of the mountain, you see the still-obvious signs of the side of a mountain having blown out and part of it ripping down this valley in a lahar - volcanic mudflow - 29 years ago. 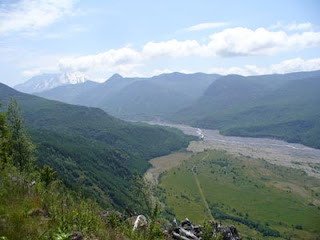 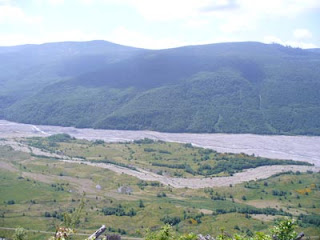 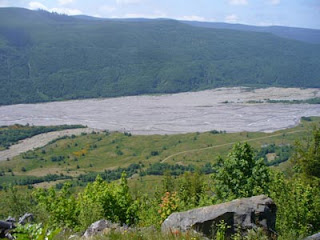 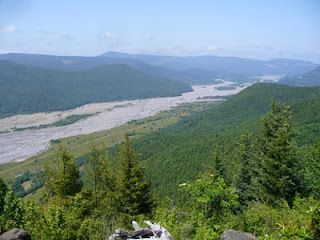 And when you arrive on the north side of Mount St Helens and see the whole north face gone, 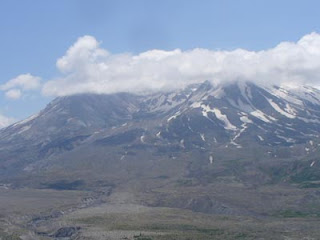 (the mountain shrunk by 1312'), and timber still fallen like toothpicks 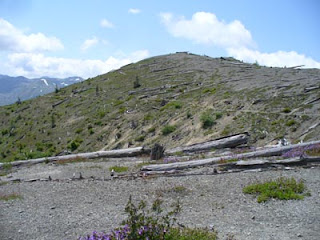 where it blew down for dozens of miles around, you get just an inkling of what went on back on Sunday May 18, 1980. 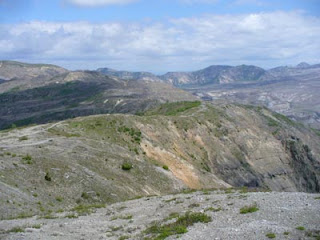 First erupting 35-40,000 years ago, throughout the millennia Mount St Helens has cycled through eruptions and periods of dormancy. 1800-1857 was the last large eruptive period before it once again settled into dormancy.

Then in March of 1980, small earthquakes started up followed by a few steam eruptions. In April the north side of the mountain started to bulge; then on the morning of May 18th, a 5.1 magnitude earthquake triggered a massive collapse of the entire north face of the mountain - the largest avalanche in recorded human history. Hot magma exploded out with the energy of 27,000 atomic bombs, the explosion of which was heard 700 miles away.

Pyroclastic flows - fast-moving currents of hot gas and rock, travelling as fast as 450 mi/h - flattened 230 square miles of forest and caused lahars to roar down the Toutle and Cowlitz and Kalama rivers as fast as 90 mph at the start, eventually dumping millions of tons of mud and debris into the Columbia river.

The landslide ripped across Spirit Lake at the foot of the mountain, sloshing the water 800 feet up the opposite bank. It created two new lakes - Coldwater and Castle Lakes - and filled up the Spirit Lake bed with mud and rocks, eventually raising the depth of the water several hundred feet. 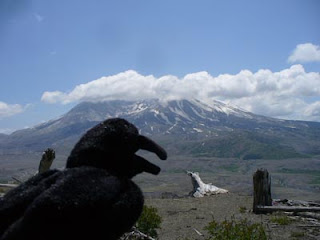 The eruption lasted 9 hours, killed 57 people, and destroyed 250 homes, 47 bridges, and 185 miles of highway. An estimated 1500 elk, 5000 deer, 40,000 young salmon, 12 million Chinook and Coho salmon in hatcheries were killed, and an estimated 4 billion board feet of timber was destroyed. Devastation reached as far as 19 miles from the mountain. A mushroom cloud of ash rose 16 miles high in the air and drifted to eastern Washington, making daytime as dark as night, shutting down towns, destroying agricultural crops and causing breathing problems for humans and animals.

In 1982 the Mount St Helens National Volcanic Monument was dedicated, and since then roads and highways were rebuilt, trails were re-established, and several visitor centers built. 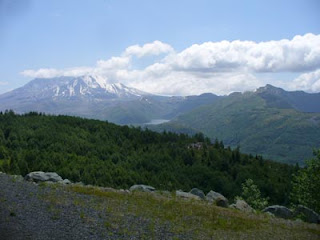 None of that, however, takes anything away from the still-remaining evidence of total destruction. Tree trunks litter hillsides, shards of trunks are still standing, 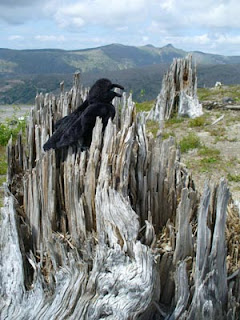 and of course half of the mountain is still gone. And yet Nature was immediately back at work rebuilding - Spirit Lake eventually changing from a toxic cauldron back to an oxygenated lake; new forests growing out of the wreckage of flattened dead trees, and the mountain itself growing again in the form of a lava dome.

From the north side of the mountain (and from the rim, if you hike up there), you can see into the crater, and the lava dome which has grown and broken and erupted over the years.

The volcano has become quiet again since January 2008. The 1980 eruption was the biggest, but it won't be the last.

Here's a live
Volcano Cam on the mountain.

Posted by The Equestrian Vagabond at 8:19 AM