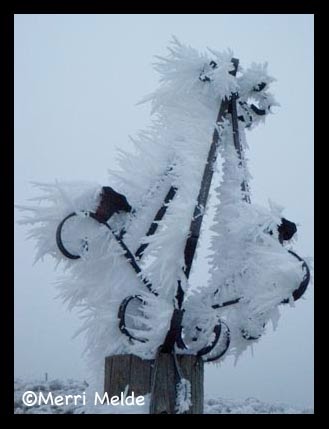 We pass through the Candelabra Gate when we ride up onto the northwest flats. I've never even asked why there is a candelabra perched on that gate. It must have been perched there by the guy who owns the property (and never has lived here). I like to think he had a sense of humor.

Mother Nature in winter not only has a sense of humor, but an exquisite artistic flare. While hoar frost in itself is a fascinating minor miracle, the 2-inch long hoar frost shards that Mother Nature sculpted on the Candelabra (particularly on the western sides) during the weeks of freezing fog was absolutely spectacular. 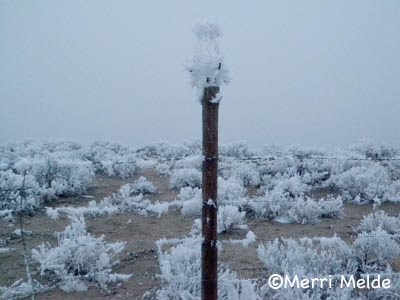 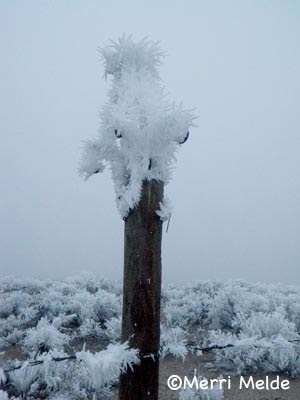 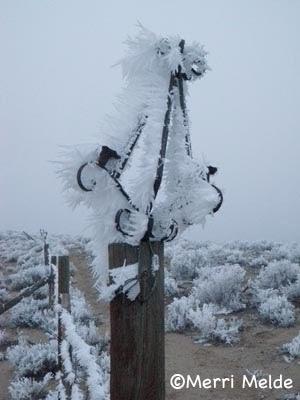 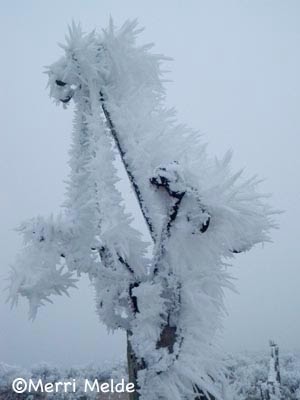 Posted by The Equestrian Vagabond at 7:18 PM