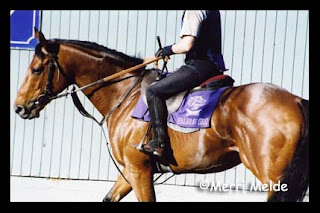 I fell hard the first time I laid eyes on him.

Breeders Cup 2003. Equine royalty strutting the backstretch and pounding the turf and dirt of Santa Anita.

Big names were there: Funnycide, the Kentucky Derby and Preakness winner. Volponi, defending BC Classic winner. From Europe, High Chaparral, the defending BC Turf winner and Champion Turf Male of 2002 and 2003. 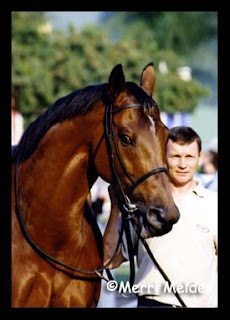 And then there was Falbrav: 2002 Italian Horse of the Year. Chiseled muscle. Sculpted athleticism. Head-pounding beauty. Brute strength. Sheer tenacity. He was magnetic. Electric. Just looking at him stole my breath away. I followed him around on jelly-legs and I exhausted the shutter on my camera. I lusted after him. I ignored the other stars. 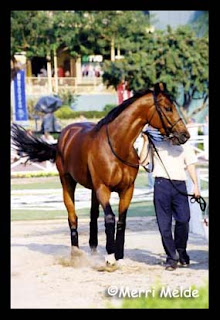 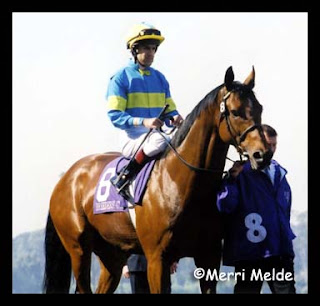 In a thrilling head-to-head stretch duel in the 1 1/4 mile Breeders Cup Turf with Johar and High Chapparal, Falbrav lost by a head to the other 2, who dead-heated for the win. I have yet to photograph another Thoroughbred racehorse stallion as magnificent as Falbrav. 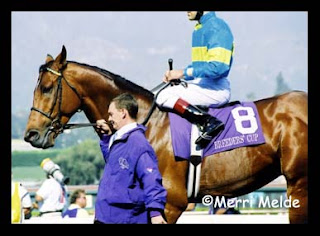 Posted by The Equestrian Vagabond at 1:21 PM