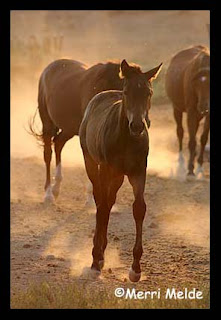 There are few dates during the year that are as momentous as the threshold just crossed: after a loooooong summer, the temperature finally fell below 40° at night. (39° bottom left was the low!) 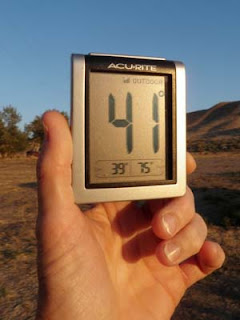 It was another long and brutally hot (my opinion) Owyhee summer, with too much sweat, too much suffering (whine!), too many flies, too many night bugs, too many rattlesnakes… but now there is hope.

Blankets can be piled on the bed to be burrowed under at night. Fleece can be unpacked. Gloves might even be worn on an early morning ride.

The sun has started its magical golden slant, with that tint and angle you only get in the fall and early winter in the northwest.

I know for sure that once again, coffee will soon steam from its cup in the mornings, coats will grow thicker and longer, steam will curl out of nostrils… and the Ice Princess will be thrilled.

We've turned the corner. My next momentous occasions will be the Big 2-0, and the Big "S" word, but I won't scare you winter weenies with that just yet! 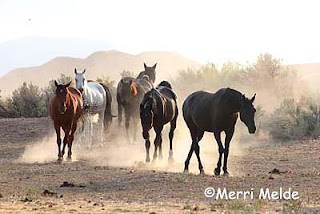 Posted by The Equestrian Vagabond at 4:10 PM