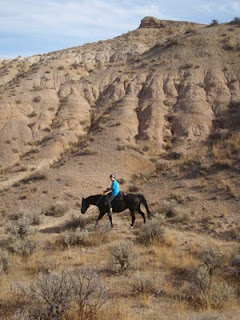 Wait a minute here, I thought since Connie was gone I was on vacation! 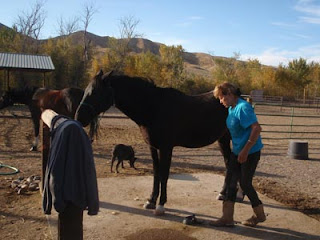 That was clearly the thought going through Finneas' head, as Judy booted and saddled him up for a ride. 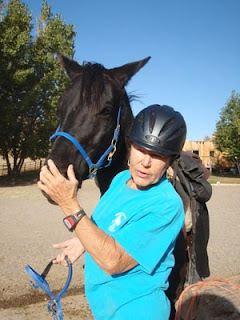 Connie is gone for a week, so she asked Judy to ride Finny once or twice, to keep him tuned up for the Hallowed Weenies endurance ride in 10 days.

Finneas tried his usual stunts - walking off when being mounted, 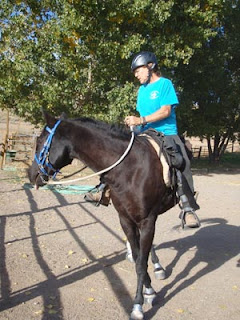 tossing his head around and trying to take off down the trail, throwing a minor showy tantrum while being asked to open the gate... but none of them worked.

Dang, she has my number! Dang, I'm not in control! 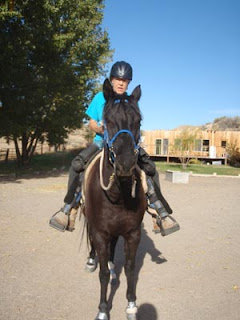 Indeed, Judy is a tough cookie and doesn't put up with any nonsense, and Finny was moving down the trail behaving himself before he knew which way was southwest toward the Owyhees.

Suz and Dudley went along too, a good workout on the Three Cheese Wash trail - 1 1/2 miles up a sand wash, 2 miles down a sand wash, 1 mile up a sand wash. It's not for the faint of heart nor the unconditioned. 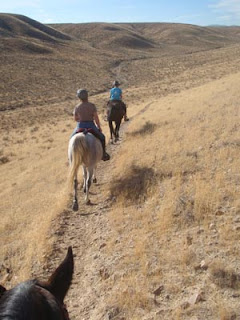 Finneas and Judy got on just fine, and were both having fun as they blazed along in front through the sand, with Suz and Dudley keeping up (and Dudley didn't try to buck!) behind. 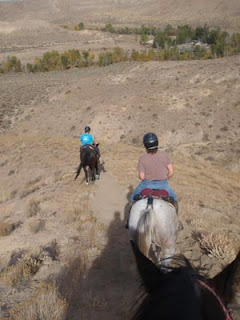 Finneas was pretty proud of himself at the end of the ride, since he'd led the whole way and since he opened and closed the gates, and since his Nanny turned out to be a good substitute for Connie (although the Nanny didn't let Finny smooch her on the lips after the ride). 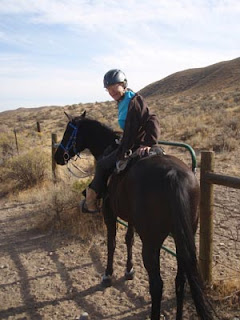 Posted by The Equestrian Vagabond at 8:18 PM