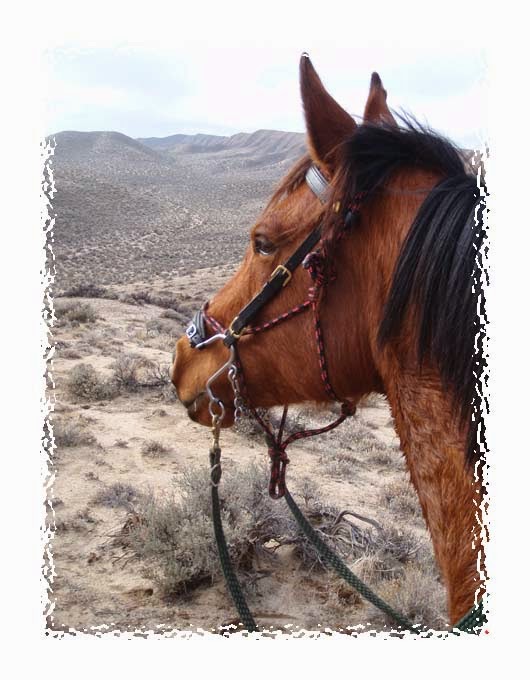 Mel from Boots and Saddles, Aarene from Haiku Farm, and Connie from Hoge Homestead blogged about their first endurance rides.

This is how it started:

Our alarms went off early enough, but somehow, time slipped away and we were late saddling our horses for the 7:00 a.m. start; and we found ourselves scrambling, trying to get to the starting line on time. Something so simple for Shelley, who’d been endurance riding long enough for the whole process to be as automatic as brushing her teeth, but I was more than a little flustered. Wait! Where were my gloves? Where was my fanny pack? I forgot to fill my water bottles! Where were Rocky’s brushing boots?

Time mercilessly ticked away, indifferent to a newbie endurance rider who would have preferred a leisurely, calm start. “We have to go!” the veteran Shelley called. We tightened our saddle cinches one last time. My nerves fluttered and my heart felt like popcorn kernels banging around a hot popper—it was my first endurance ride!

The horses were amped up and ready to go. Both of them, owned by some Arab sheikh and trained by Shelley, were competitive and used to finishing in the Top Ten, and they often won their rides. They knew they should have already been at the starting line warming up and swirling around with the other horses. I was worried that I might have a handful of horse at the starting line, and I wasn’t that great or confident a rider. Shelley jumped on a bouncy Pharrah, and I gathered Rocky’s reins and clambered on his dancing back with two minutes to start time.

As I settled in the saddle, I instantly discovered something awry: my stirrups were too long! “Wait!” I yelled to Shelley. I jumped back off Rocky to raise the stirrup leathers as he twirled around me, while Pharrah crow-hopped impatiently around us. But now things were worse than amiss: my stirrups did not shorten! This was disastrous!

One important endurance proverb I hadn’t learned yet was to never, never try a new piece of equipment or clothing the day of an endurance ride. I had ridden Rocky before, but I had never ridden in Rocky’s special saddle before. Shelley had long, long legs. I did not.
“Shelley, wait!” I screeched. “My stirrups—!”

“They’re about to start! Let’s go!” yelled Shelley, and she was off to the starting line!

Rocky jigged anxiously around me, urging me to get on with it one way or the other, and since I didn’t know what else to do, I jumped back on him and chased after Shelley and Pharrah. We arrived at the starting line just in time to hear, “Trail’s open!” and take off down the trail in a clustered herd of excited horses and riders, and I couldn’t reach my stirrups! “Help meeeeeee!” I yowled in harmony with the “Yeehaws!” and “Whoas!” and horse snorts and hoof beats.

You can read the rest of this story in "Chapter 8: Rocky Start" in my book Soul Deep in Horses: Memoir of an Equestrian Vagabond.

Fifteen years later, I am still addicted to this enthralling discipline of endurance riding, which takes me far out into country I'd never see, on the back of a horse that (usually :) enjoys sharing the ride with me.

Posted by The Equestrian Vagabond at 10:14 AM