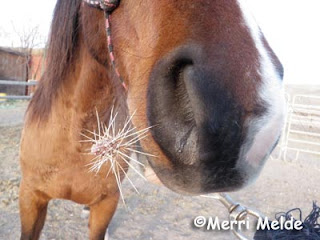 You'd be hard pressed to find cactus around here in Owyhee. It exists, but not so's you'd find enough to stick your nose in it.

Except for Bodie. He found it, and stuck it where it hurts - his nose, which he uses for just about everything - eating, sniffing, feeling. 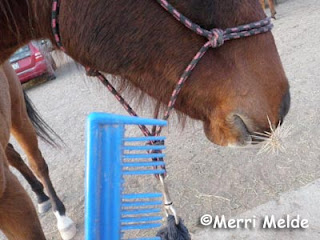 Best is to use a comb, and rake it over the area quickly, flipping the whole cactus piece out. Fortunately I haven't found any single cactus spines in any of the horses. These can be a nightmare to remove, often requiring veterinary sedation and subsequent treatment, as many people living in Arizona have probably learned.

Bodie hardly knew what happened, and right after I swept the cactus off his nose, I gave him a good (much appreciated) scratch. 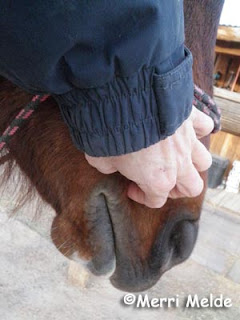