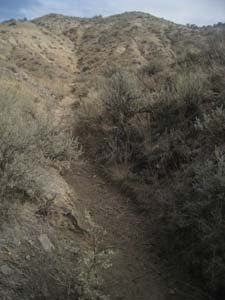 On a nearby trail (going up to our little Tevis trail), along a spot I've ridden and hiked over a thousand times by now, and that Carol's probably been over 4000 times, one day she noticed part of a big bone on the side of a trail - part of a leg bone. She looked closer, and noticed those were fragments of bone and teeth - not rocks 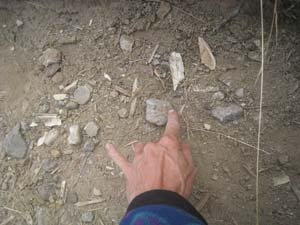 - we were walking over. Then she noticed some more fragments sticking out of the ground right beside where we step.

She dug around a bit and pulled out a jawbone - of a horse. (Pretty sure it's not a cow.)

She showed me the spot the other day, and I couldn't believe I never noticed any of it, since I walk around looking for cool rocks all the time. (Just ask John about the 30 or so pounds of my collected rocks he gathered off the kitchen table and put in a box, so we could sit at the table and eat).

I hiked up on foot to have a closer look at the bones. One is definitely a jawbone, and there are fragments of teeth. 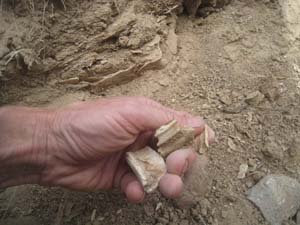 There's a big something stuck in the lip of the trail at foot level, but when I tried to scrape dirt away, 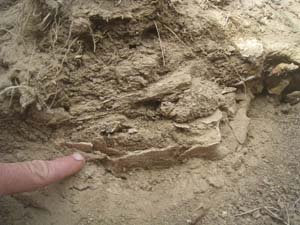 part of the bone crumbled. I can see how archaeologists excavating ancient ruins must be very very careful.

Hard to guess how old it is, or how it got there. Did it just wander there and die? Did some rancher drag it there? Was it from the turn of the century Cavalry Remount program horses that were raised right here?

I could keep digging at the bones to see what all is under the dirt... but maybe it's better to let sleeping bones lie. 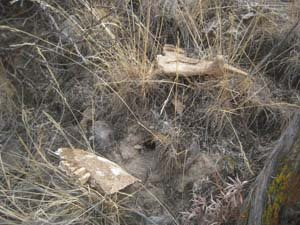 Posted by The Equestrian Vagabond at 8:59 PM