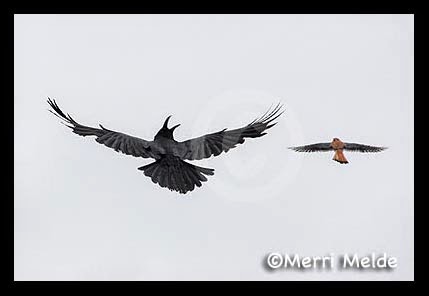 The kestrels have claimed holy war against the Ravens.

The 6 baby Ravens up the crick have fledged. They aren't so 'baby' anymore - they're about the size of the adult Ravens, and they sure make a lot more noise. Sounds like there are 16 of them. 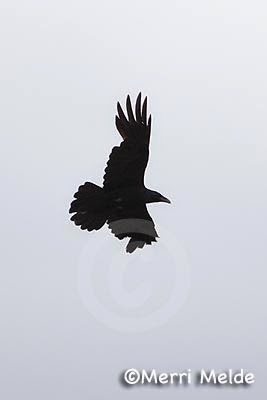 The 6 roisterous Raven siblings roam everywhere like an Owyhee gang, commanding the skies, spilling out of the trees, strutting about in the horse pasture eating bugs and horse poo, and all the while yelling and shrieking. Nothing hollers and shrieks like a juvenile Raven, much less 6 of them! Sometimes they'll sit on a hill, not quietly discussing things, but hollering their opinions on life. Once they sat on a hillside, shouting down at us as we rode our horses on the trail below them. We couldn't get in a word edgewise!

The kestrels and the orioles have been hopping spitting diving mad the last month. While feeding the babies, an adult Raven often flew toward the nest with something in its mouth, and several orioles and a kestrel or two would be furiously screeching and chasing it. It wasn't an egg in the Raven's mouth a couple of times I saw it; I wondered if it was a tiny kestrel or oriole chick.

Now that the parents aren't flying back and forth feeding the baby Ravens, the kestrels and orioles attack the roaming juvenile Ravens. In fact I know exactly where the Ravens are, or which direction they are going, by the shrill screaming of the pair of kestrels, who are intent on Raven murder. They'll dive-bomb the Ravens anywhere and everywhere - in the trees, 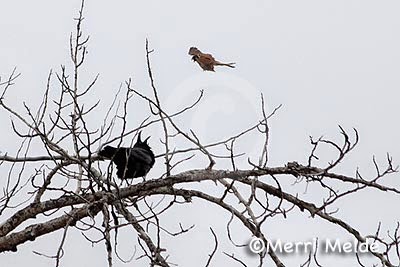 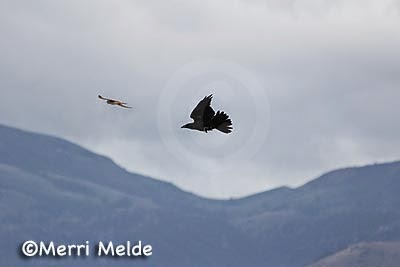 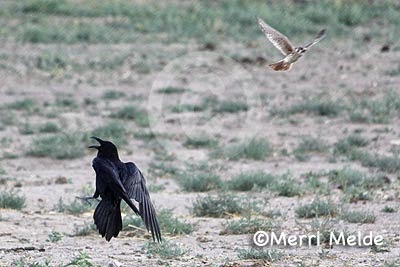 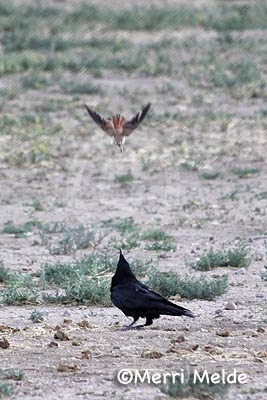 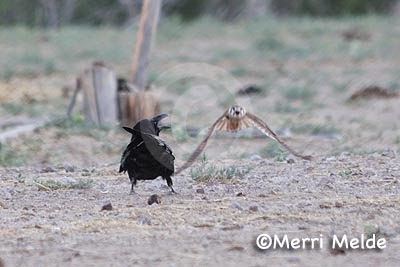 incessantly, for hours, any time the Ravens are in kestrel land (which happens to be just over a small ridge and up the next crick), in which the Ravens happen to invade and swagger about all the time.

The kestrels are about half the size of the Ravens, but they don't give up. Sometimes their sorties are so fierce and constant, that the Ravens give up and flee across the border back to their own crick territory. 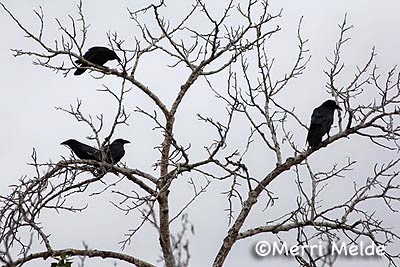 Then they sit in trees and discuss their next strategic rowdy raucous Raven ruckus. 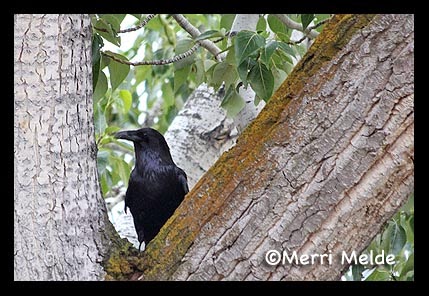 Posted by The Equestrian Vagabond at 9:05 PM