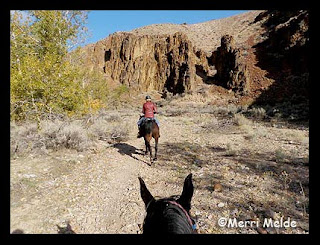 We put on the first 3-day Owyhee Harvest Moon endurance ride, and I got to ride Batman all 3 days - and I made it through all 3! I was pretty whooped after day 1, but, just like the horses usually do, I felt stronger, and less tired, each day. Funny how that happens.

Batman felt like he could have easily gone on and done another week or so, and I could have too. And Batman was one of 4 horses to finish all three days - and he got overall Vet's Choice! Which is only fitting, since he's such a superhero (except when he's scared of things, which is only occasionally.)

Here are a few photos from Day 1. 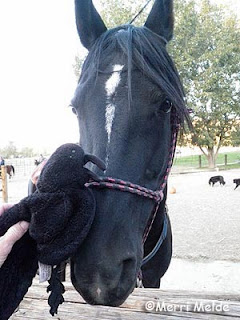 It's The Raven's first time to ride Batman - whose real name is Ravenwood Dark Desire - a fantastic coincidence or what! 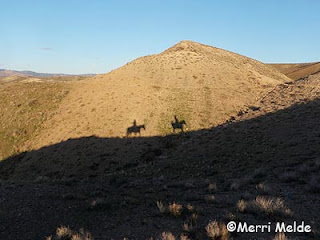 Shadows at the start 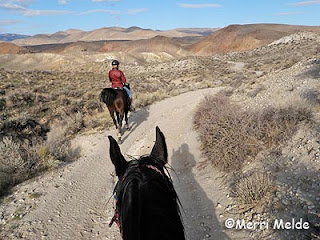 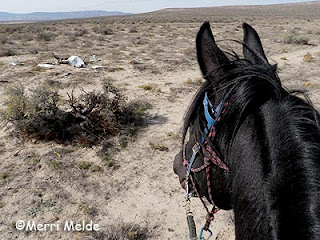 Batman is particularly alarmed at this 'plane crash' in the desert. It's actually an old washer/dryer combo that somebody must have blown up with a bomb. Batman was afraid somebody was in the wreckage and he was needed to rescue them. 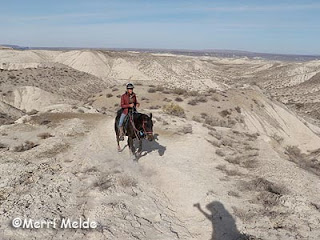 Coming out of the Birds of Prey Badlands

Posted by The Equestrian Vagabond at 11:45 AM