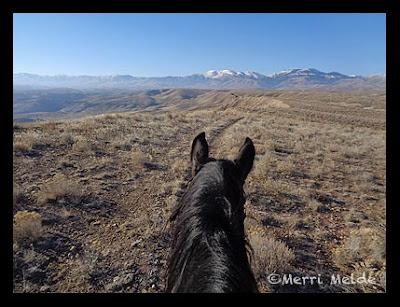 No snow and no wind makes for a nice New Year's Day ride in Owyhee.

Last year the snow bombs started dropping December 4, and didn't stop till late March, leaving us with a most astounding record snowfall. This winter was supposed to be the same, but so far we're sorely lacking in the white fluff department. We did finally get a couple of inches on Christmas Eve, but it's already gone.

In fact the Owyhee mountains that you see there in the distance have such a pitiful, miserly layer of snow, there could still be cows grazing up there (we saw fresh cow tracks today… so they aren't all down in Oreana yet). 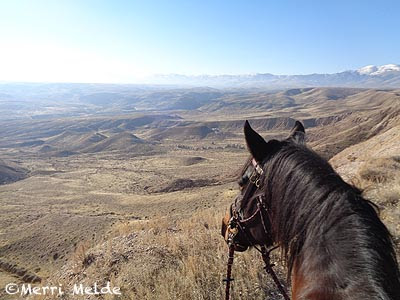 It's too early for me to panic yet, but I want my snow! I sure got spoiled last year, when for the first time in 60 years, it was measured in feet, not inches.

But on the plus side, it makes for good winter riding, and keeping Dudley on his diet and exercise program, though I don't know that he would agree! 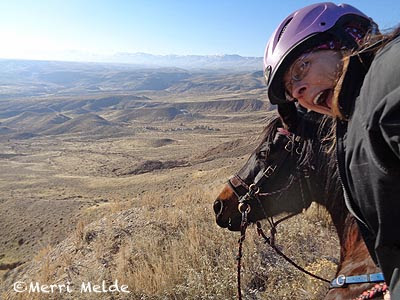