Music To His Ears 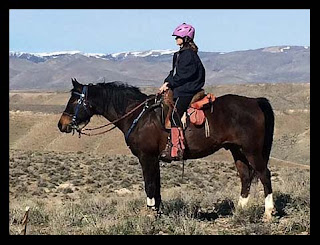 After 2-plus HARD years of Tough Love Forever Diet + Exercise, Steph has proclaimed that Dudley can EAT MORE FOOD!!!!!!!!!!!!!!

He was fat, his feet were bad, and he ate. A LOT. He got FAT. That's when the dieting and exercise started. Eventually Dudley's feet started getting better, and even though he still had a Salad Butt Bowl (i.e. FAT on his tail dock) and a (beautiful) cresty neck, The Dude finished 4 endurance rides in 2014. But he still had to stay on his Tough Love Forever Diet + Exercise schedule. He worked sooooo hard! 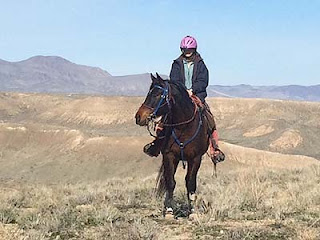 The next year Dudley's Salad Butt Bowl shrunk to a Teacup, and his neck crest got smaller, and though Dudley liked to call it all muscle, it was still extra FAT. He still finished 6 endurance rides in 2015, including one where the vet called him "between fleshy and fat." (What did he know!)

Regina kept The Dude on the Tough Love Forever Diet all winter while I was gone, and when I got back in February and Dudley started back exercising again, his Butt Teacup was gone, his neck crest was almost gone (makes his mane longer and prettier!), and by golly, Steph said she thought Dudley didn't need to lose any more weight because he looked pretty much like a NORMAL HORSE! In fact Steph thought Dudley could starting eating more!

Those are the three best words ever, music to Dudley's ears: EAT MORE FOOD!!!!

So, watch for The Dude on the trail this season, and watch him EAT MORE FOOD! 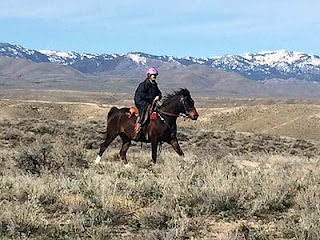 And check out this Postcard From Owyhee featuring The Dude!

Posted by The Equestrian Vagabond at 8:48 AM