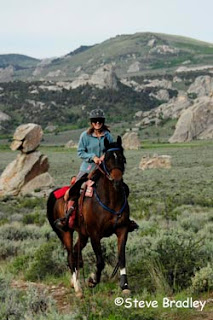 I rode Day 1 on Dudley at City of Rocks with his pals Carol and August, and Steph and Jose. 50 miles over scenic City of Rocks National Reserve and Castle Rocks State Park trails, from 5700' to 7500'. (We missed seeing a moose and baby on trail… though that was probably a good thing!). It was Dudley's first 50 mile completion this season. 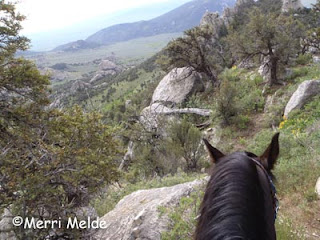 He had day 2 off, then I rode him again Day 3 with Steph and Jose. 50 miles over scenic and historic City of Rocks trails - following the old California Trail and Emigrant Trail, where hundreds of thousands had gone before him a century and a half ago. 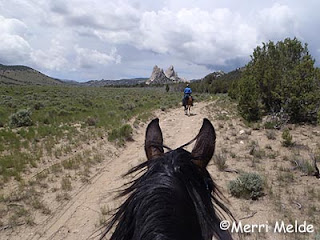 We dodged thunderstorms (I wasn't worried this time because I was studying how the cells were moving!), 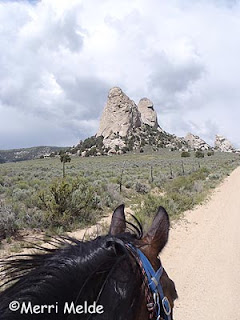 and Dudley ate our way through corridors of arrowleaf balsamroot, and down the grassy Boxtop trail. 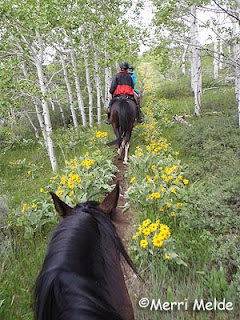 It was Dudley's first almost back-to-back two days of 50's - and of course he carried The Raven with him. 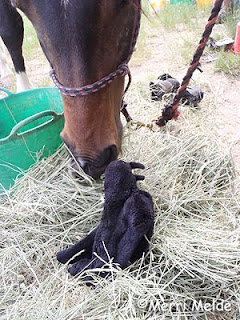 And, yes, he was tired after his 100 miles, and my, is he looking ripped now! 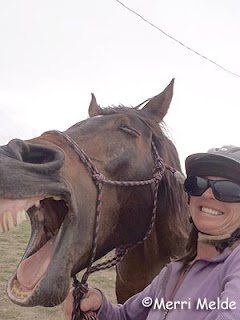 Posted by The Equestrian Vagabond at 6:17 PM