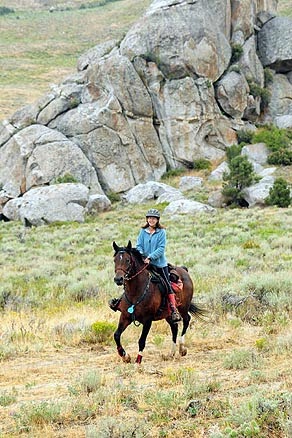 Oh, he's come so far. Dieting and working out every day at the gym, whether he wants to or not, The Dude is coming along nicely.

After finishing his first 50-mile ride in 6 years at the Almosta Silver City ride 2 1/2 weeks ago, (in fact, we won't even count that first 50-mile ride 6 years ago), Dudley did his second 50-mile ride on Day 1 at City of Rocks Pioneer Endurance Ride near Almo, Idaho on August 7. Steve Bradley took that fabulous photo up top. Dudley is a looker, is he not? Belesemo Dude rode once again with his pal Belesemo Moon (and Lynne), like they did at Almosta. 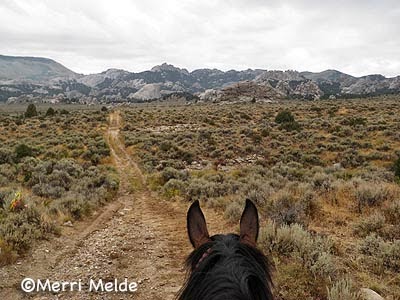 Loop 1 took us up into City of Rocks National Reserve, climbing up and up and up, from the desert at 5800' to Indian Springs in the forested mountains at 7500', 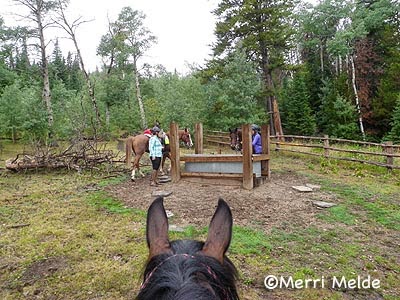 then back down and down to base camp after 25 miles. We lucked out with overcast skies (but no thunderstorms!) and cooler weather all day - Dudley does much better in less-than-scorching weather, just like me. 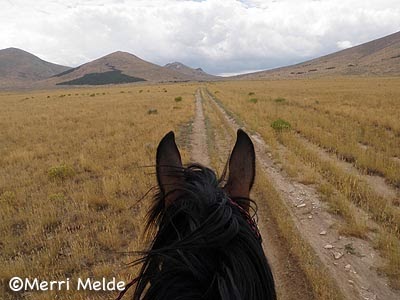 Loop 2 took us along the Boise-Kelton Stage route and the Salt Lake Cutoff trail, into and through the park, 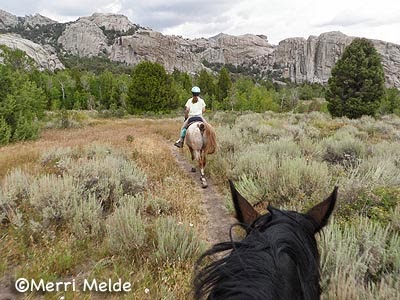 back up to 6800 feet, back down to base camp for the last 25 miles for the finish. Both Dudley and Roger looked fabulous after their 50 miles. 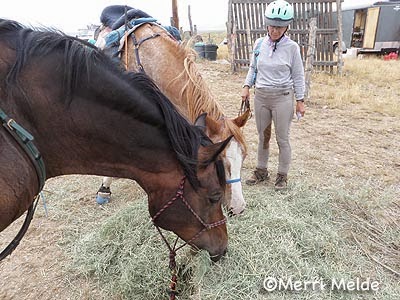 Dudley's favorite part of endurance rides is, of course, not riding with me, but that he gets to eat whatever he wants during and after the ride, and he never takes his head out of the grain bucket or the pile of hay, not even to breathe. 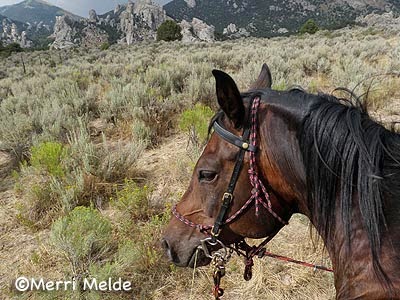 Dudley isn't the easiest horse to ride: when he's a good boy, he's a cadillac, but you better be ready for the in-between, when the mischief-maker is a bit of a chicken, a little spooky, and a bit of a smart-ass - and he's a big and powerful horse. A few days before the ride when I took him out alone on a short conditioning ride, lightning and thunder chased us home, and does Dudley care that *I* am scared of lightning? No, he's more scared of it than I am, and he tried to bolt home and couldn't have cared less if I came along with him. But I love Dudley anyway, particularly when he blinks those big brown eyes...

Dudley is looking mighty ripped after his second 50-mile ride, don't you think? (Of course, it's still best to look at him in the correct light at the right angle.) 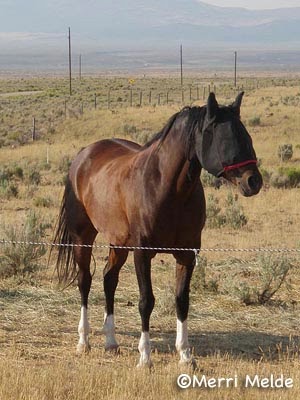 But don't worry, he is not going off his diet, nor stopping his exercise!

More photos and stories from the 3-day City of Rocks Pioneer Endurance Ride can be ooohed and aaahed over at:
http://www.endurance.net/international/USA/2014CityofRocks/
Posted by The Equestrian Vagabond at 6:11 AM