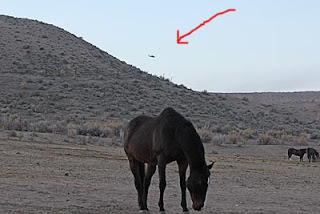 They've been flying directly over us in this Owyhee desert for weeks now, day and night. The black helicopters.

Claude Dallas was an outlaw in the 80's who shot and killed 2 game wardens, and hid out in the Owyhee desert for some 15 months before he was caught. Maybe they're searching for another outlaw?

They're clearly doing something besides just flying. They've flown directly overhead way too many times for it to be a coincidence. Sometimes they fly high, sometimes low. Sometimes they fly slow, or fast, or they hover. Sometimes at night they use spotlights. Some might think they are black military helicopters.

They are masquerading as military helicopters, but I know what they really are. 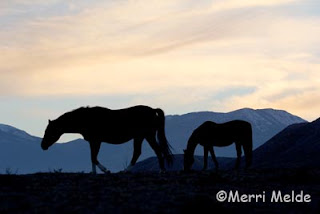 Paparazzi! You know how they fly over movie stars' houses, right? Here they are obviously spying on The Most Beautiful Horse On The Planet, having finally discovered where he lives, trying to catch him in some compromising position. Today two of them flew in a box directly over me. Then one flew back and forth, back and forth over me. Trying to figure out exactly which brown blob was TMBHOTP. I didn't let on which one he was. So, the helicopters can fly and spy all they want: Stormy has been, is, always will be, in any position, The Most Beautiful Horse On The Planet. 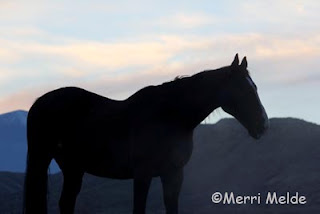 And on a serious note with Veterans Day just past, I am so grateful I don't live in a war zone, where the constant sound of helicopters brings fear, not curiosity, where one expects accompanying machine gun fire or the explosions of bombs, and I'm grateful for those veterans who have, do, and will give their lives, in legitimate and even illegitimate wars, so I can live with my Most Beautiful Horse On The Planet.
Posted by The Equestrian Vagabond at 9:36 AM