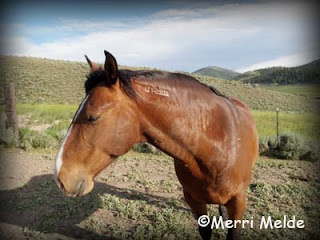 What is it that attracts you to the wrong type?

He's big, coarse, and a rogue. He's naughty and unrepentant. He belongs to someone else.

The first moment I laid eyes on him, I was in lust with him.

I've always had a thing for mustangs, but this Utah Slick is something else. The first time I saw him, he was trying to escape his pasture and let the whole herd out (for the second time in one day). He was huddled together with fellow handsome mustang Terminator at the gate, trying to figure out the triple latch system that owners Lee and Naomi had tried to trick him with. 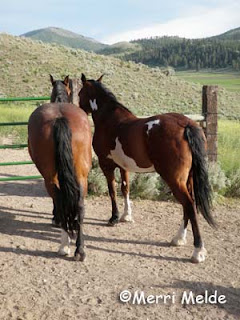 In the herd of 18 pretty mustang and Arabian horses, it was Slick that my eyes instantly glommed onto. He sucked the breath right out of my chest. I couldn't tell you why - his buddy mustang Terminator is built a lot like Slick, and he's more colorful, but Slick tweaked my heartstrings immediately. 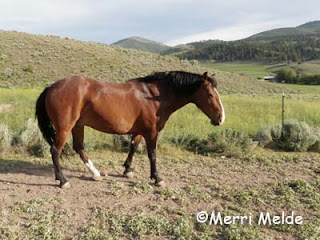 Part of it might have been that unrepentant gaze he threw my way when I caught him messing with the locks on the gate. He first ignored me, then stared at me as if to say, I wasn't doing anything, when we both knew he was totally guilty.

He paused in his machinations to let me come up and adore him. I petted him, worshiped him, told him he was terribly handsome, and drooled, all of which he acknowledged before he went back to his important monkey business. 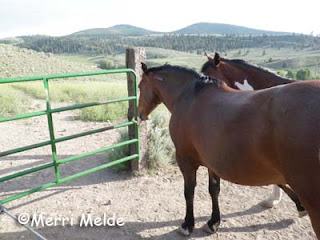 Slick figured out the gate alright, deciphered and opened all 3 latches/locks, and let the herd out, two more times.

Just two more reasons to be in love with this hunky mustang. 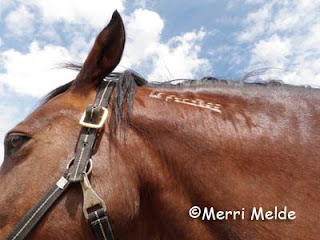 (P.S. NO, I can't have a mustang. Owning, starting, riding my own mustang has been a dream for a long time. If I were 20 years younger, and knew back then what I know now, I'd own one. But I'm not, and I'm not, so I don't have a mustang. and NO, Stormy and Jose do not feel the least threatened by my Mustang Envy : ) 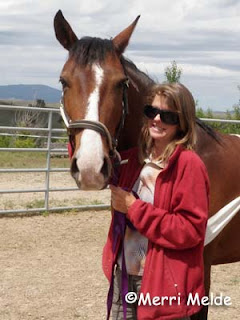 Posted by The Equestrian Vagabond at 4:13 PM