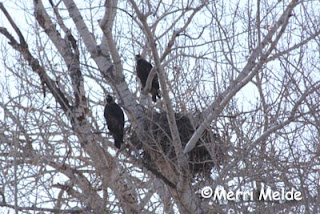 It's always a thrill to see the pair of Bates Creek Golden Eagles, and never more so than when they're on their nest early on, fixing up the house, tidying things up to get ready for a new nesting season.

Last year the pair occasionally visited and worked on and kept an eye on their nest throughout December, January, and February, before the female started sitting, and laid her first egg on March 7 or 8.

That the eagles are here so early is a good sign there might be a new golden eagle or two in the neighborhood in 4 months. 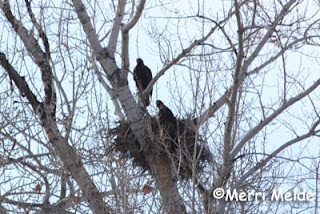 Posted by The Equestrian Vagabond at 7:24 PM