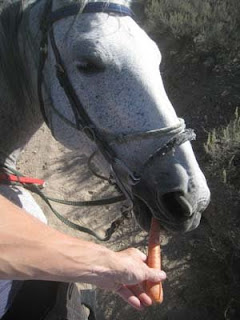 There's absolutely nothing wrong with using carrots for bribes, or rewards, or just plain treaties, you just ask any horse around here.

Finny and Jose get them to learn to bow.

Dudley gets them because he gets a reward for being penned up so he doesn't eat so much.

Mac and August get them out on rides because they are great treaties. 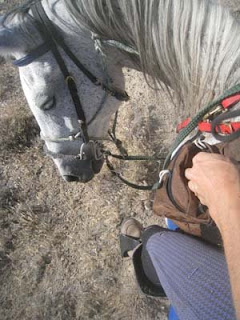 Sometimes she'll stop on her own and turn her head back for a carrot. Today, for example, was a 3-carrot ride. 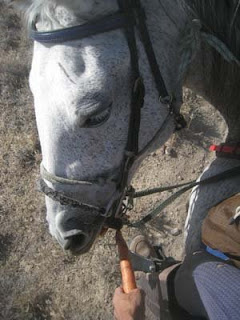 It gets her down the trail and keeps her from depositing me along the way.
Posted by The Equestrian Vagabond at 5:43 PM