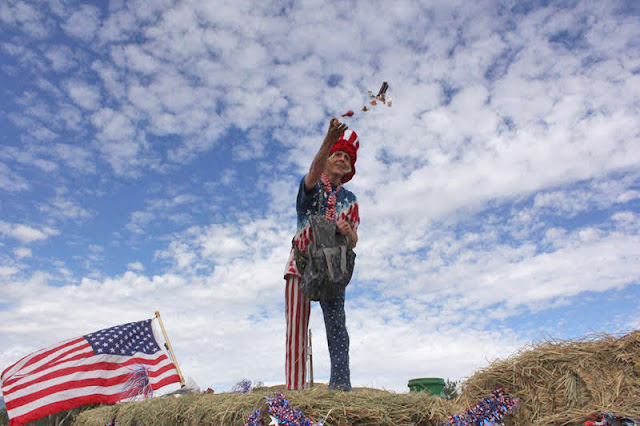 If you’re one of the lucky few who gets invited to Parade Mistress Linda’s personalized annual 4th of July Parade in Oreana, well, you get to see the best kept secret in Idaho.

Participation is optional by the animals, and sometimes they say yes and march out of the driveway, then change their mind halfway into the Parade and turn around and head home on their own. This year Linda held the Parade at her house so all animals could join in the festivities as they felt like it.

This year Linda was going to ride Hattie the Mule, but Hattie changed her mind the morning of the Parade and, though they’d been practicing, even with the American flag, Linda decided staying on the ground was a much better option. But riding isn’t essential to a 4th of July Parade anyway. Uncle Sam is, and neighbors are.

Instead of climbing aboard an equine, Linda/Uncle Sam mounted a ton-hay bale and flung candy to the Parade fans. This was not only fun for the humans, but exciting for the painted and patriotic animals, particularly the goats and pigs, who descended upon the candy faster than the humans could gather it up.

The goats and dogs and horse and mule and donkey and mini-mule are old hands at the annual parade, but the Caspian horse and the painted pigs participated for the first time, and proclaimed the Oreana July 4th Parade a big little town success. 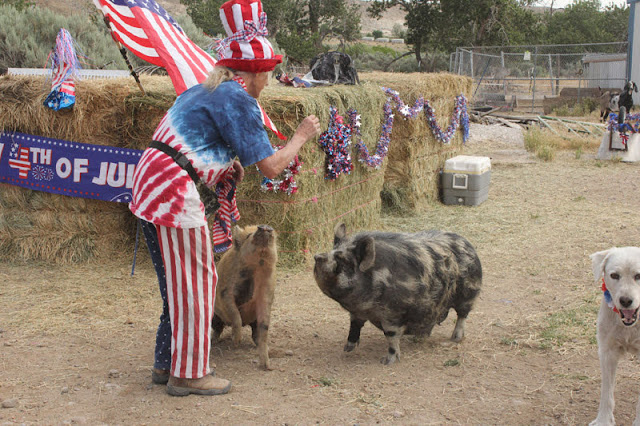 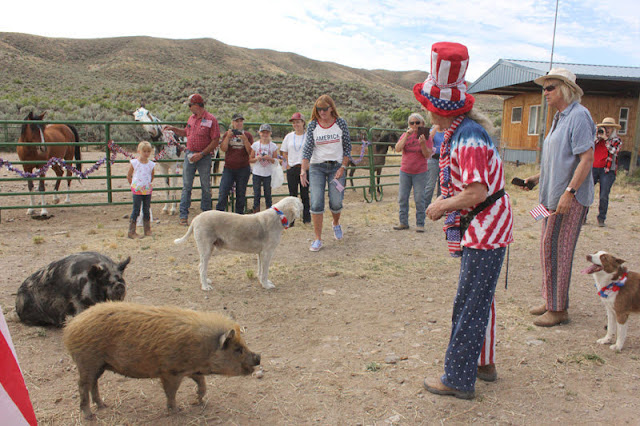 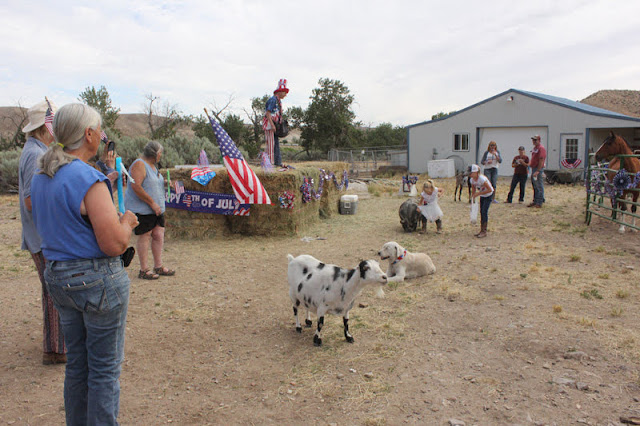 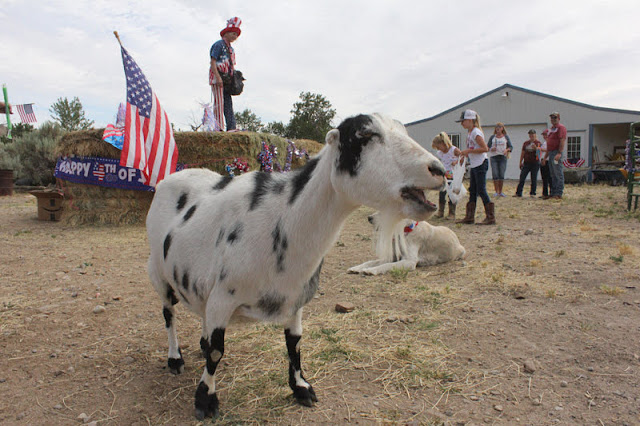 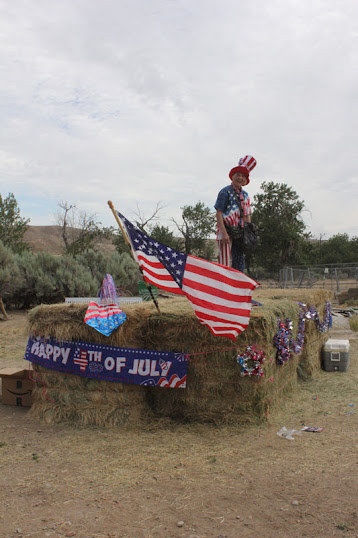 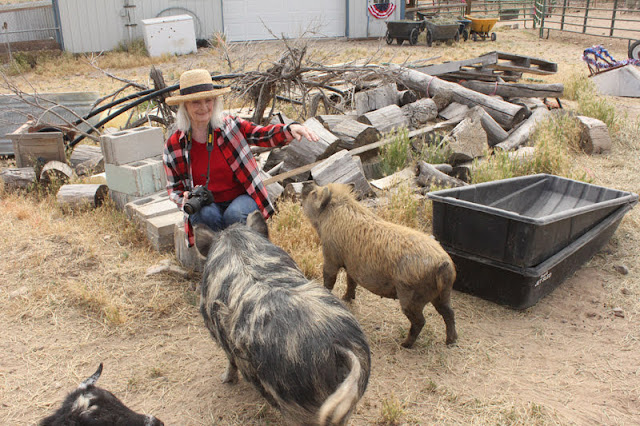 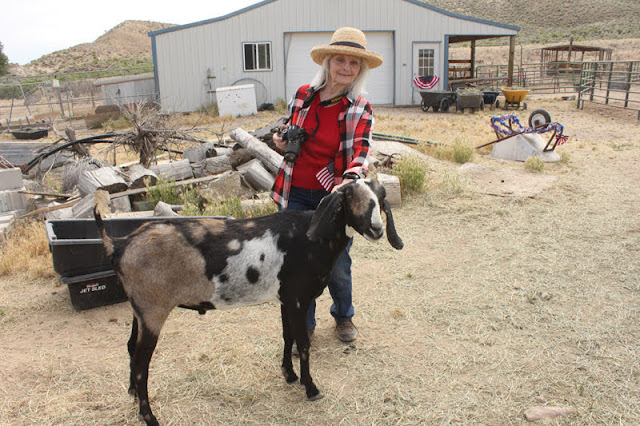 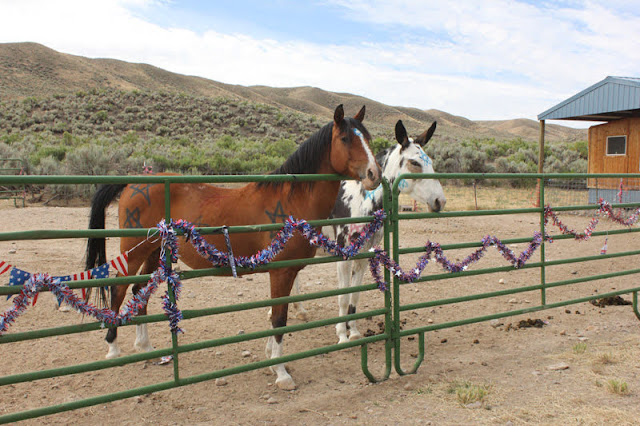 Posted by The Equestrian Vagabond at 1:16 PM