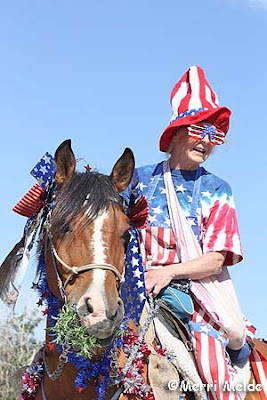 Nothing says patriotism more than a July 4th parade. Nothing says JULY 4th PARADE more than the custom Oreana Fourth of July Parade. You won't see the it on television or Twitter or in the newspapers. You'll only see it by special invitation, and a few select people get the honor of observing every year. 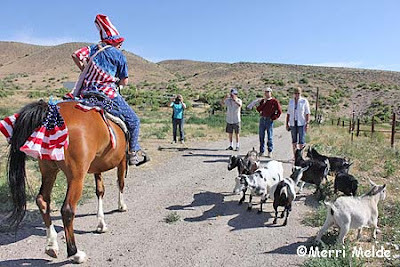 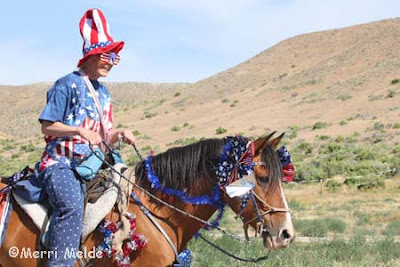 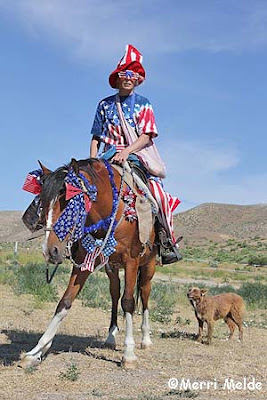 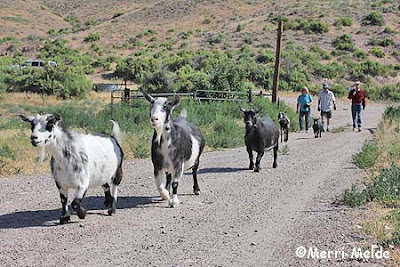 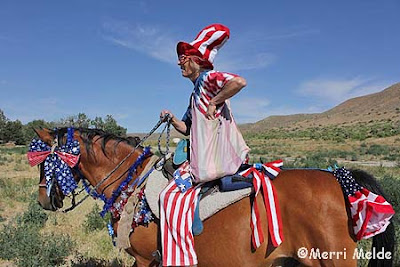 This year's guest star was Yvonne's donkey Marie who stylishly showed off her panache. 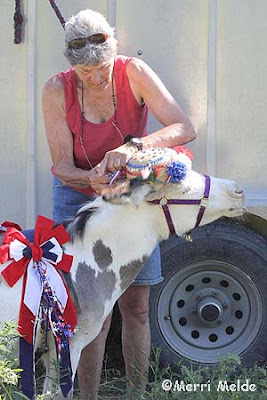 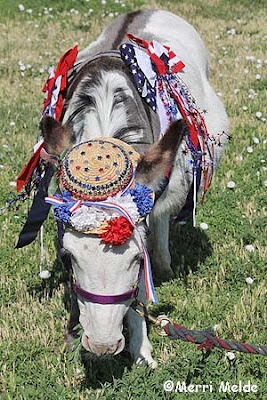 It's an event not to be missed! 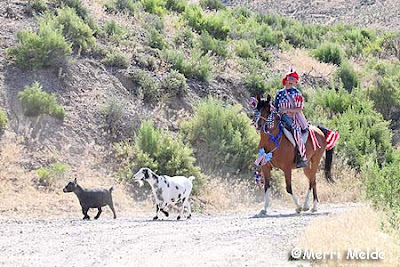 Posted by The Equestrian Vagabond at 1:07 PM