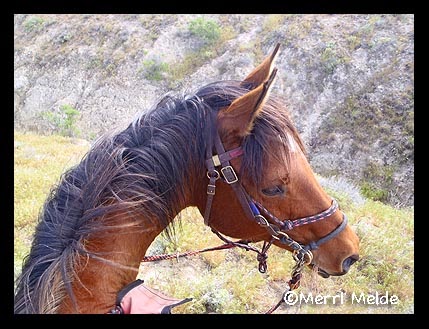 Jose saw them first. Four antelope** popping over the top of the draw 40 yards away, running parallel to the 3 of us trotting along.

He probably heard them conversing:

Antelope #1: Hey guys! Get a load of those horses and riders!

Antelope #4: I know, Let's run circles around them!

As we trotted along the two-track, our pace never altering, all six of us, humans and horses, stared at the antelope as the 4 fleet-footed fellows kicked into high gear, quickly raced past us, then cut a diagonal toward us, sprinted straight across our trail fifty feet ahead of us, and circled around until they were running back toward us and parallel, now 20 yards away - like cars passing on the interstate. 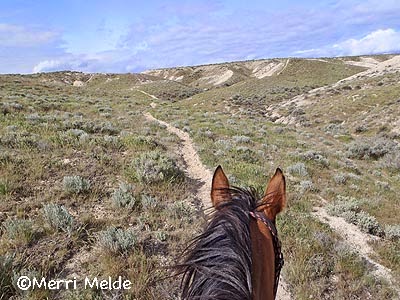 It was one of many treats on the second Owyhee Tough Sucker ride (including getting to ride my old pal Jose!!!!!!!), amongst many other treats of a cool spring day on the desert, a green desert due to well-timed spring rains, a riot of wildflowers, good company, and, afterwards, good music. 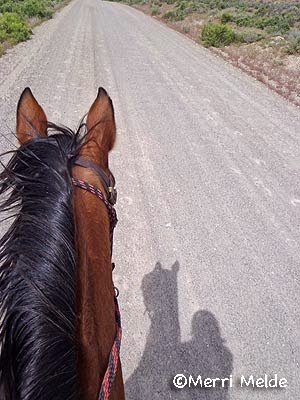 **Technically, they are Pronghorn, not antelope. But they're often called antelope because of their resemblance to old world antelopes.

Posted by The Equestrian Vagabond at 8:21 AM