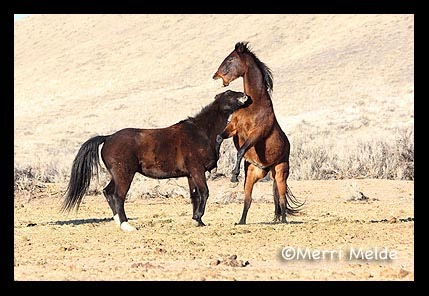 One is a gentle stout giant, half Orlov Trotter, half sweetheart; a retired endurance horse of Steph’s who saw the world. Tevis was his first 100. He raced in the 2001 Dubai World Cup. He finished the 1999 Pan American Championship in Canada and the 2000 World Endurance Championship in France. Now Krusty is ‘retired,’ though no good endurance horse is ever really retired in this life. That means he’s still used as a guest horse and trail marker, and he’s still doing occasional Limited Distance endurance rides, and doing them well (he got Best Condition with Steph in his last one in November). 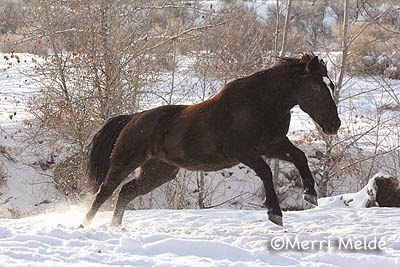 The other is a towering handsome Thoroughbred; a retired racehorse, a former Forest Service pack string leader and dude ranch cowboy horse, who stole my heart and ended up in my modest stable of one. That he happens to be The Most Beautiful Horse On The Planet is pure coincidence. 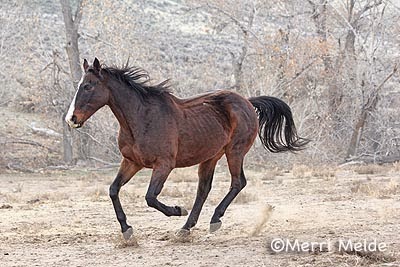 Stormy is brought out of retirement once or twice a year, to either give Sarah a lesson, or to give a friend a first ride-of-a-lifetime, or to mark trail up the canyon and back. 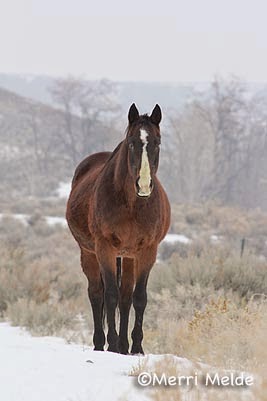 Since they both deserve it, they get special treatment - Krusty gets an extra meal every night, and Stormy gets lots of extra treats. (He wanted me to make sure you all know German Horse Muffins are always at the top of his Christmas Wish List, in case you were wondering.) Sometimes he gets turned out in the yard to wander around and help with the yard mowing.

The Golden Boys are both so dignified that it’s a surprise and a treat to catch them playing together. Mostly it’s a good ol’ nip on the butt (Krusty is quite handy with his big teeth), 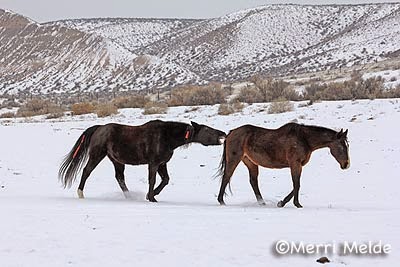 but now and then, I’ve caught them really going at it, baring teeth and rearing in mock battle like wild mustangs (that’s Stormy towering above Krusty up top).

They just make me smile - they’re Oldies But Goodies.

Posted by The Equestrian Vagabond at 6:26 PM