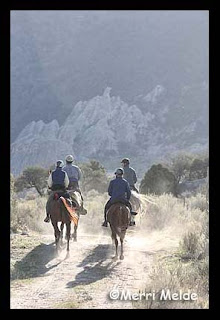 Yes, the same ones in which I pulled myself for metabolics!

Since I pulled so early in the 50 mile ride, I made it back to camp for some nice shots of the exciting galloping finish. Two days later was the 100 miler, and despite running around like a headless chicken doing this and that, including putting out glowsticks on the trail close to dark, I got some shots throughout the day of that ride too. Here are a few shots from the 2 days at the rides in and around City of Rocks National Reserve.

Riders on the 50 mile ride:

The awesome sprint between two skilled riders and awesome mares for 1st place on the 50: Christoph Schork and Stars Aflame (also the 2011 100-mile AERC Champs) by a length over Dennis Summers and Hey Soulsister. 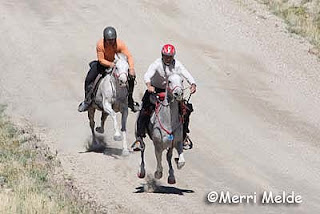 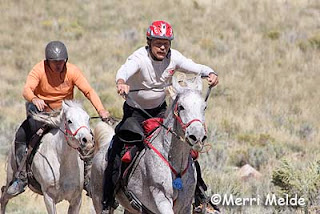 Kevin and "Far" - 3rd place. Kevin said the ride was "frantic" - all day! Far was on a mission, going fast, all day. Even when Kevin got off to run down the hills, it was full speed! "It was crazy!" 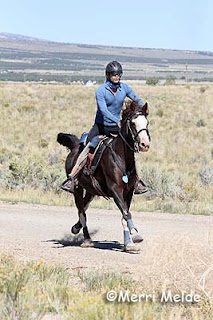 Gina Hagis from Vermont finishing 10th. That's Castle Rocks State Park in the background. Gina and Tom arrived at the ride site a few days early and helped set up camp and mark trail, and Gina rode and finished the 50 and Tom rode and finished the 100, and they helped take down things after the rides. They were the wonderful kind of folks that you felt you'd known for a long time, and you gave a big hug to when they left, even though it was the first time you'd met them! 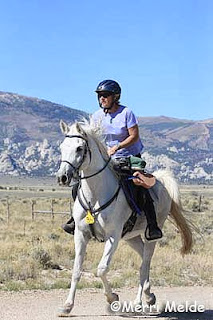 I don't know these riders, but the light was fantastic at the first vet check at Elephant Rock at 17 miles. 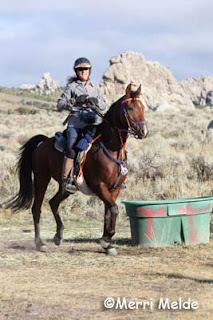 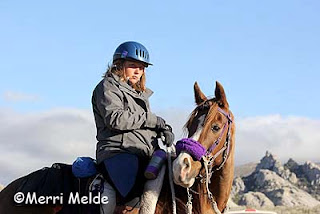 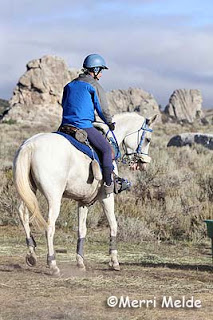 Canadian Elroy Karius on 18-year-old Apache Eclypse, at the first vet check. They finished the 100 miles… only to get pulled at the finish for lameness - ARGH! Still, Elroy said it was one of his best rides ever on his horse. 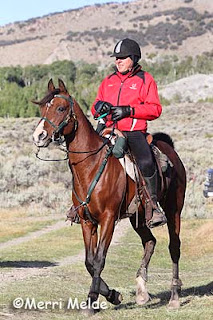 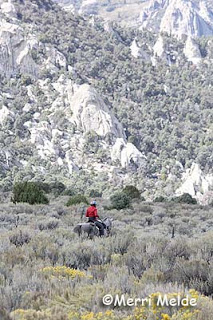 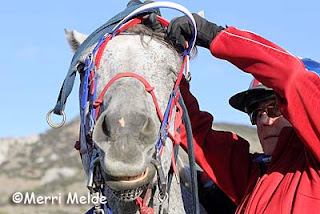 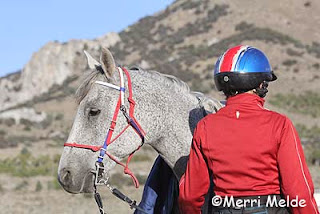 Robert Ribley on his sometimes ornery Crow Pony. He and his wife Melissa finished 29th and 30th. 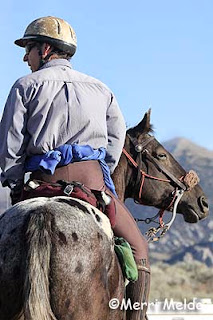 100-mile winners Kevin Myers and Farrabba (Stoner). I rode this horse on a training ride in Colorado last year! He's fabulous. But don't just take my word for it. (He also won the Haggin Cup, Tevis' Best Condition award, in 2012, with Rusty Toth aboard). 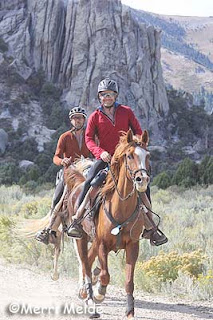 For more photos, and my good story on the event, see:
http://www.endurance.net/international/USA/2013AERCNC/
Posted by The Equestrian Vagabond at 4:33 PM