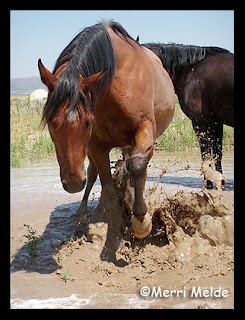 Oh dear, someone left the trough water pump on too long where the overflow from the trough runs into and fills up a pond (someone left it on a long time).

Batman first discovered the pond. His pawing and splashing immediately attracted Jose, who joined him in the pond, which quickly became a churned up super mud puddle. 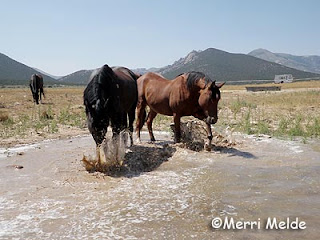 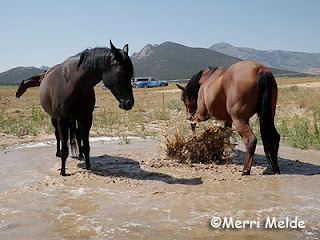 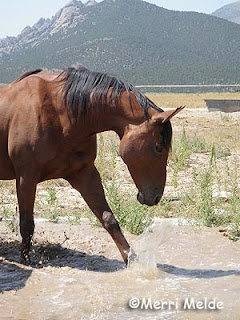 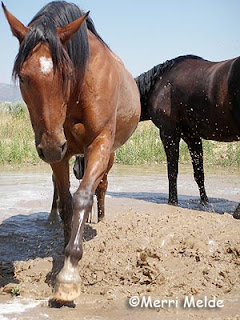 The pair pawed and churned and splashed, till Jose plopped down in it and had a roll. 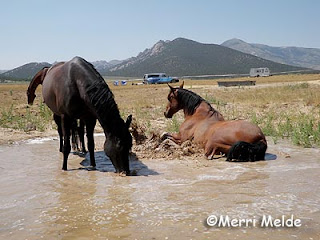 Finneas and Bodie watched from the very edge of the pond, not wanting to get their feet wet. Batman had a roll in the mud pond too, emerging looking like a Loch Ness monster.

After they followed that up with a good roll in the dirt, I was thankful I didn't have to clean them up to go for a ride! 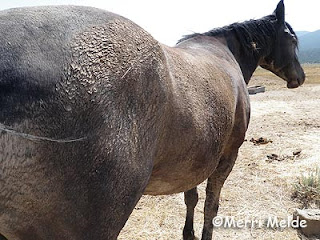 Posted by The Equestrian Vagabond at 6:29 AM