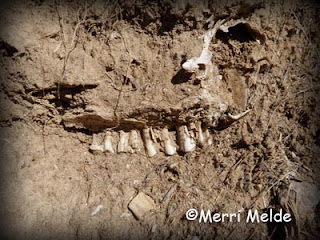 About 5 years after we stumbled across some old horse bones in one of our random desert Owyhee home gullies, a rare super gully washer recently exposed a new layer of them. 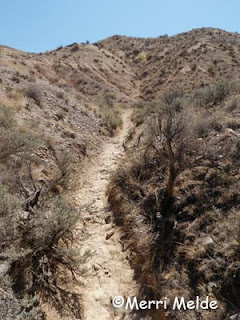 More teeth, and a weathered jawbone emerged from the slope by the trail. 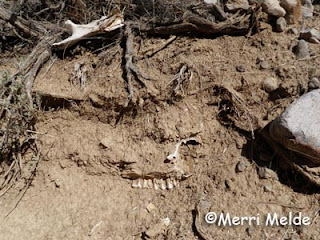 We bet they are from a cavalry remount station in this Owyhee desert canyon. The US Army Remount Service was officially activated in 1908 (Boise, Idaho was an official Purchasing Board site) and lasted as long as 1945. 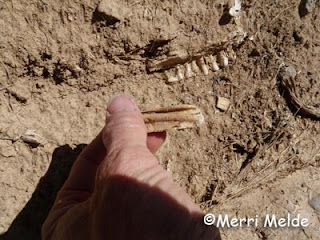 Thoroughbreds were the primary breed, followed by Arabians, then Morgans, Saddlebreds, Anglo-Arabs, and Cleveland Bays. A remount supply farm is rumored to have been up our creek, but I haven't found further information on it. 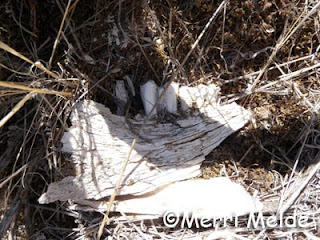 These old bones remind me to keep snooping, as they continue to slowly emerge from hiding!
Posted by The Equestrian Vagabond at 9:22 AM