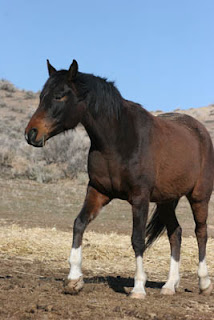 It's been excruciatingly hard work, but Dudley did it!

I got back from travelling again in mid-April after being gone about 2 months, and the Duds was a Pudge again: round as a bowling ball and dimples everywhere. I'm not talking about the cute dimples over his eyes when he gives you that cute innocent look. I'm talking about the Fat Dimples on his butt above his tail 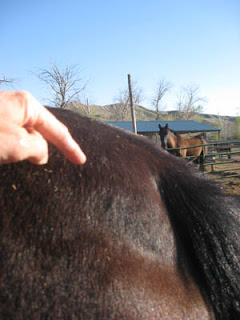 and the Fat Dimples along his cresty neck. 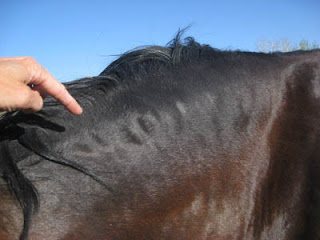 He went back on a painful (because it was strict) diet, and he started getting ridden again. Then he had another little break from riding when he ripped a shoe off his crumbling feet (which are finally growing out from a laminitic episode) and got a sore suspensory for a while.

Now he's got shoes on and he's back on a regular riding schedule; but while he is still on the diet and getting exercise, he still wasn't quite losing any of his circumference. We'd always been stuck on tightening the cinch up to 5 holes (OK... and that IS with the extra big cinch).

But today was a momentous occasion: 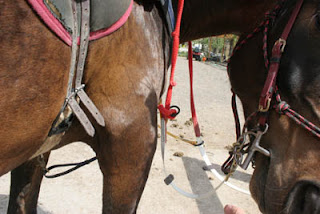 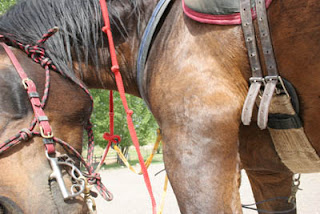 But we aren't stopping here. Next, we go for the Magic Seven.
Posted by The Equestrian Vagabond at 2:05 PM